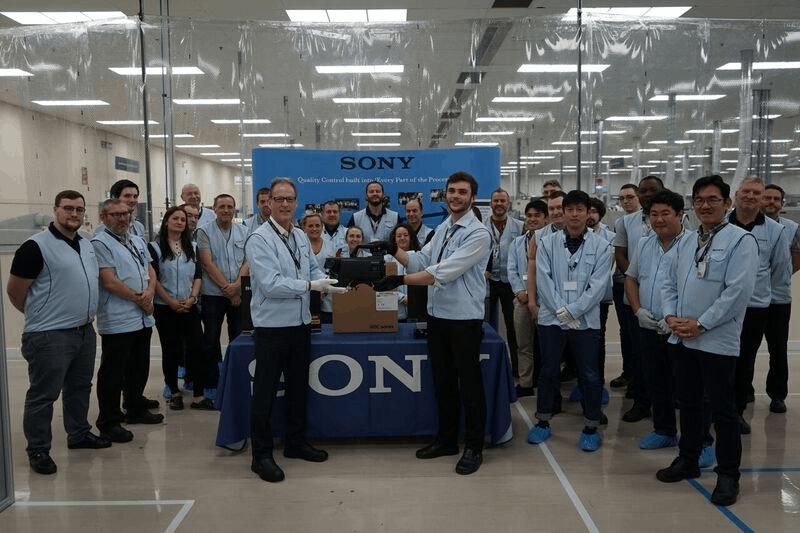 The next generations of world-renowned 4K cameras and equipment are set to be manufactured at Wales’s leading facility Sony UK Technology Centre.

The innovative new higher specification HDC3170 and HDC3500 broadcast camera models are now being manufactured and shipped from the Pencoed-based site.

Both new cameras, which will be utilised in some of the world’s leading sporting, news, and entertainment events, will support premium HDR picture quality, utilise a higher frame rate than previous models, and are backwards compatible with old camera control unit models.

Alongside these, Sony UK TEC’s expert production team is also set to manufacture the new Triax Camera Control Unit, HDCU3170, which will build on the capabilities of the previous model launched earlier this year.

In total, the Welsh manufacturing site will oversee the creation of two new 4K cameras and seven additional pieces of supporting camera equipment, which will then be shipped to customers worldwide.

Sony UK TEC was chosen as the only manufacturer outside of Japan to undertake the prestigious project, thanks to its success in manufacturing the previous 4k last year.

Since November 2017, it has gone on to produce 404 4K camera units from its state-of-the-art site, and even configured, upgraded, tested and sent 371 4K camera systems to Russia earlier this year to be used during the 2018 FIFA World Cup.

On Sony UK TEC’s latest 4K launch, director of professional services Gerald Kelly said it was an honour to be selected to manufacture the latest generation of 4K technology.

He said: “We are delighted to once again be playing such a vital role in the creation of the next generation of 4K broadcast camera technology, which places us at the forefront of manufacturing innovation and excellence globally.

“We feel that our selection for this project underlines the world-leading capabilities of our expert teams and state-of-the-art facility here in Pencoed and we look forward to supporting its continued growth and success over the coming years.

“The decision to manufacture the latest 4K models and peripherals here also reinforces Wales’s reputation as a manufacturing leader on the global stage, which we hope will translate into greater investment and growing economic prosperity across the nation in the future.”