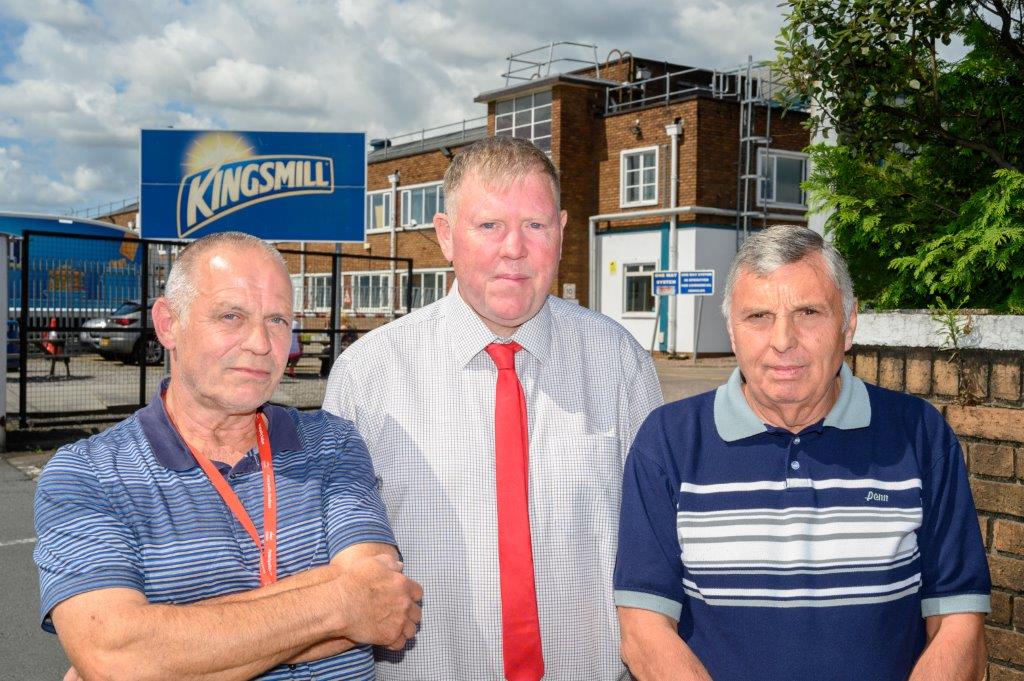 The Allied Bakeries’ factory in Cardiff, which produces Kingsmill bread, is set to halt bread production in mid September and become a logistics depot, with a potential loss of 185 jobs.

The bakery has been running since 1971 at its Maes-y-Coed Rd site and the union representing its workers have fought “tirelessly” in the hope of keeping bread production open and saving jobs.

However Allied Bakeries have now announced that the consultation with the union is “at an end” and that bread production will halt next month on 13th September.

John James, Organising Regional Secretary for Number 2 Region of the Bakers Food & Allied Workers Union, has been leading negotiations on behalf of the union along with the local union branch committee.

“We are very dissatisfied with the consultation.

“We believe that it has not been meaningful and has been a sham as the company did not enter into the consultation with an open mind.

“It was apparent that they had already made their decision.

“They have also failed to supply the union with the information that we need to assess the decision and consult with them on whether there are any other options available. It will be a very sad day for Cardiff if bread production is to finish at the bakery after so many years and more should be done to help to prevent some or all of the job losses.”

Mr James has since contacted ACAS (the Advisory, Conciliation and Arbitration Service), and with support from Cardiff based law firm Watkins & Gunn, intends to take legal action on behalf of his members against Allied Bakeries.

Clive Thomas, Managing Partner of Watkins & Gunn, who have represented the union for over 30 years, said:

“Meaningful consultation and the disclosure of information to facilitate this is vital in any redundancy situation. The union need this information so that they can consult meaningfully with the company to find ways to avoid the redundancies or at least keep them to a minimum.”

“Due to the absence of any meaningful consultation due to Allied Bakeries’ refusal to provide the required information, we are instructed to issue a claim for a Protective Award, initially to ACAS under their early conciliation scheme, and, if necessary, to take it to the Employment Tribunal”

A company spokesman from Allied Bakeries has said:

“Earlier this year Allied Bakeries announced the loss of a major own-label bakery contract, following which we have undertaken a detailed review of our bakery network to optimise our production capacity, locations and routes to market.”

“If these proposals are accepted it will regrettably result in some redundancies and we understand that this announcement will be unsettling for our colleagues in Cardiff.

“If these changes go ahead we will provide support to anyone impacted to help them find a new job, either at another Allied Bakeries’ site, or elsewhere in the local community.

“Unfortunately, bread is in decline in the UK and an excess of bread manufacturing means that bakery closures are a consequence of that, coupled with the big retailers wanting cheaper products that are dictated to by cost rather than the quality of the product.”

Watkins & Gunn are experienced trade union lawyers and offer a wide range of legal services from their offices in Cardiff, Newport and Pontypool.