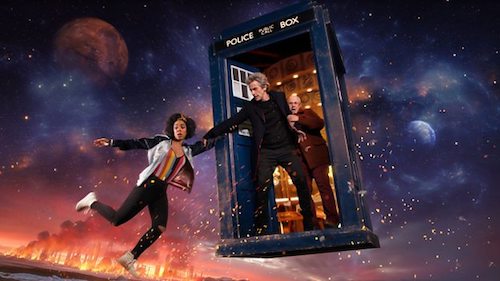 Sony UK TEC’s Ffilm Factory 35 has become the latest in a string of locations for the new series of Doctor Who, after becoming a hotspot for filming in Wales.

Following the partial filming of Decline and Fall and major US TV show Will at Sony UK TEC in Pencoed, Doctor Who has also utilised the filming space to produce some of the scenes in the new episode of the highly anticipated series.

With the series being filmed at various locations across Wales and drawing in millions of viewers each weekend, it is an impressive accomplishment for the facility, which was launched in 2015.

Known for producing thousands of professional HD and 4K broadcast cameras each year, Sony UK TEC has expanded its offering with its 30,000sq ft filming facility.

The centre is becoming an increasingly attractive location for high profile and prime time shows due to its versatile space and accessible location, adding to Wales’ film and television offering.

Gerald Kelly, director of professional services at Sony UK Technology Centre, said: “Having the Ffilm Factory 35 chosen as one of the locations for filming highlights just how impressive the space is.  We’re proud to have been selected for some of the opening scenes, the moments that will hook audiences in the coming weeks.

“It’s been a successful year for the facility, and we have hosted numerous high-profile projects, with Doctor Who being one of them. Wales is fast becoming a highly sought after filming location, and we’re thrilled to be part of it.”

The eagerly awaited new series of Doctor Who will return to our screens this weekend on BBC One and is set to break conventions with its first openly gay assistant Bill Potts, played by Pearl Mackie.

Doctor Who returns to BBC One on Saturday 15 April at 7.20pm