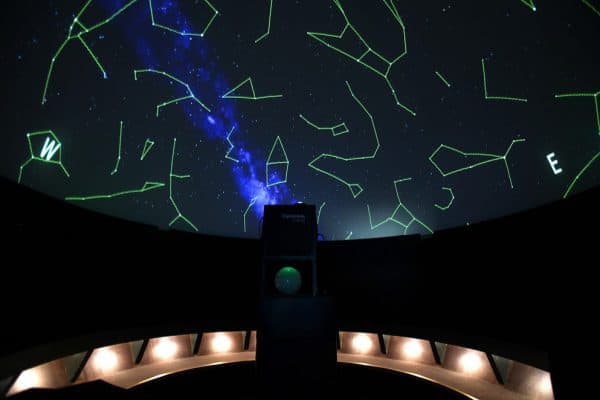 Techniquest is set to take one giant leap into space exploration thanks to a special project marking the 50th anniversary of the moon landing.

The educational charity, based in Cardiff Bay, is developing a bespoke show for the centre’s Planetarium to mark the historic event, thanks to new funding from a leading government body.

Techniquest has been awarded £6000 from the Science and Technologies Facilities Council (STFC) to celebrate the upcoming 50th anniversary of the Apollo 11 mission in 2019.

The funds will be used to develop the innovative new show, which will take visitors on a 360-degree journey through the solar system to explore the mysteries of the moon.

The funding was awarded after one of Techniquest’s science communicators, Martin Palmer-Smith, submitted the idea through its online ideas platform, Simply Do Ideas. The platform is a digital suggestion box which allows staff to pitch ideas and feedback opinions.

Following his submission, his idea was taken forward to the STFC where it received significant recognition, resulting in financial support of £6000.

It has also received a £1000 donation from Tula Trust to help deliver its school outreach programme, which reaches over 50,000 school pupils in Wales annually with its inspirational STEM-focused programmes.

Clare James, fundraising manager at Techniquest said: “We’re extremely grateful to be receiving incredible financial support from both the STFC and Tula Trust, which have both recognised the work that we’re doing to inspire the future generations of cutting-edge scientists.

“As a charity, we rely heavily on the generosity of individuals and organisations to help us on our mission to deliver interactive STEM learning experiences, to not only young children, but people of all ages.