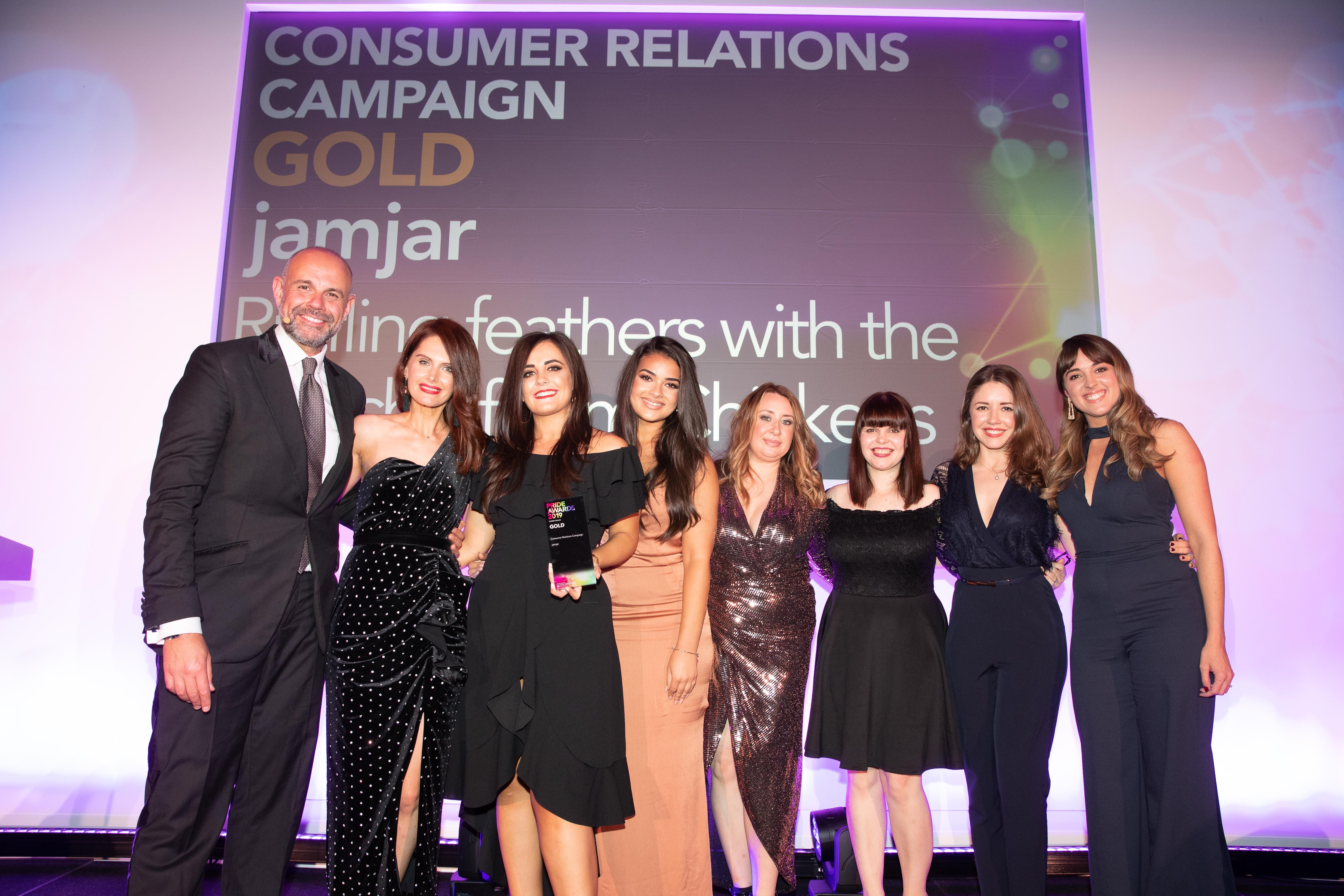 Held at The Exchange Hotel, which recently re-opened in Cardiff Bay, and attended by 300 PR professionals, jamjar was recognised by its industry body for its work with Techniquest and Slim Chickens.

CIPR judges praised the innovative campaign, commenting that jamjar had demonstrated “a the-sky-is-the-limit” mentality to delivering this creative campaign. The judges continued by saying:

“The strategy made the most of every outlet available to them and delivered outstanding outputs and outcomes. The audience group was well considered and, as a result, the campaign reached the right people at exactly the right time. It is clear that this campaign will have a lasting impact on the Slim Chickens brand.”

jamjar’s work for educational charity Techniquest was also recognised with a gold award for the Best Not-For-Profit Campaign with the judges praising the campaign’s “energy and invention” whist giving STEM mainstream relevance:

“The jamjar team achieved fantastic levels of coverage and exposure across all channels – and excellent Google stats too. Techniquest is clearly reaping rewards in terms of investment, profile and reputation as a result of this programme.”

These latest wins come after huge successes within the industry in the past few years, having been recognised with over 20 prestigious awards from the CIPR, Chartered Institute of Marketing (CIM) and the Welsh Business Awards, making jamjar one of the leading agencies in Wales.

“The jamjar team has grown over the past year and I’m incredibly proud of the new expertise we’ve been able to bring to our clients as a result.

“The latest wins are a testament to the hard work and dedication of my talented team, and we’re all so delighted to be recognised and celebrated by our industry peers for our creative and results-driven approach.”

“We know we have a huge number of talented communicators in Wales. The results we have seen at this year’s PRide Awards show the breadth of skill, professionalism and talent through a number of industries. The campaigns and examples of work showcased in the awards prove the value PR and compelling communications bring to businesses, our economy and society. Well done to everyone who made the shortlist and a massive congratulations to all our winners.”