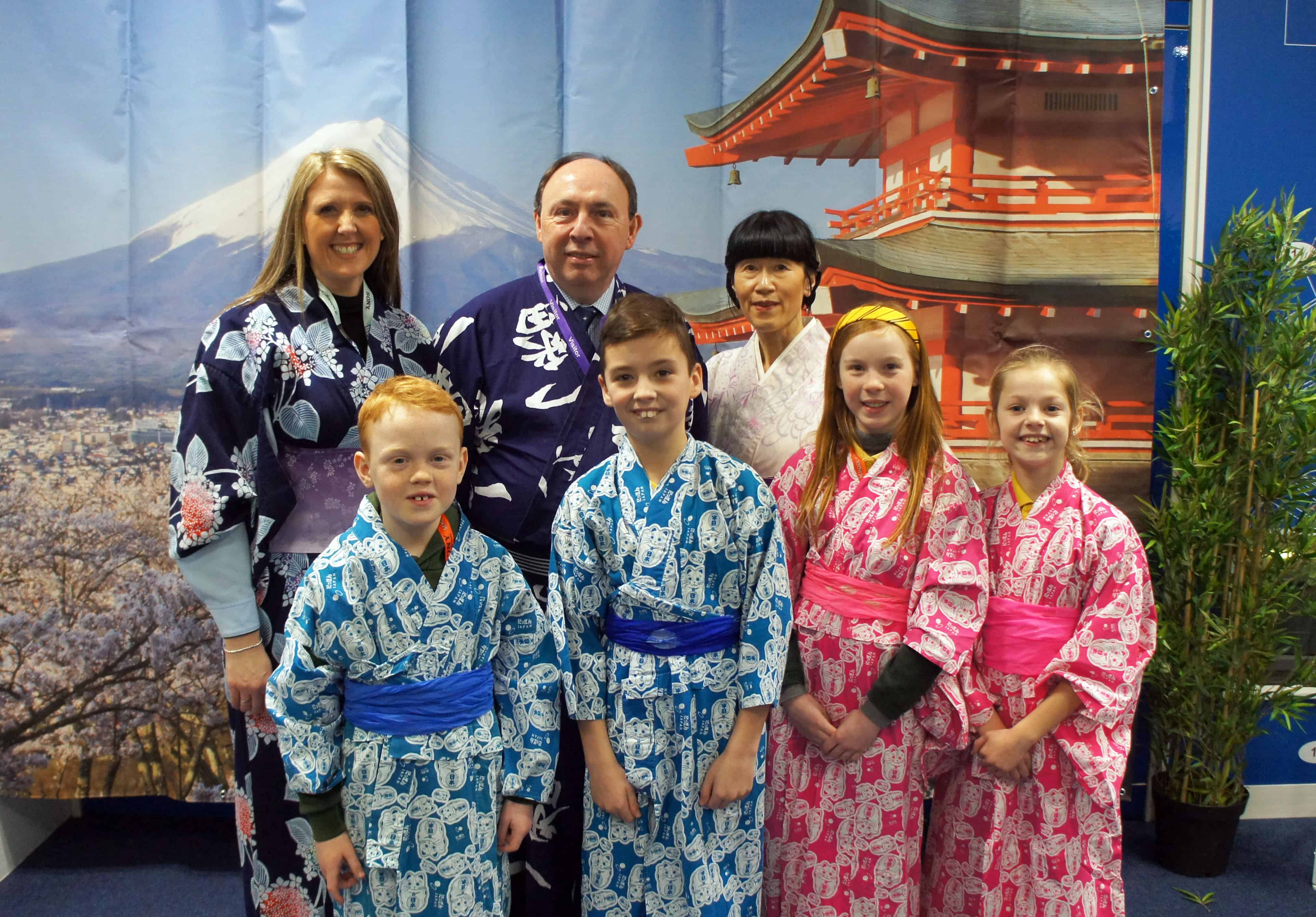 Thirty Bridgend pupils, and over 600 Sony UK Technology Centre staff have come together to launch the Japan -UK Season of Culture.

Sony UK TEC’s Pencoed site has hosted the first major event in Wales aimed at celebrating the achievements of the UK and Japan and showcasing their shared artistic, economic, cultural, and technological successes.

The Welsh event, organised by the Embassy of Japan in the UK and Sony, is part of a wider global cultural exchange planned between the two nations in 2019/20, which will see Japan host the Rugby World Cup this year and the Tokyo Olympic and Paralympic Games in 2020.

As part of the global celebration, Sony UK TEC, whose headquarters are in Japan, welcomed children from Trelales Primary School, along with Keith Dunn OBE the Honorary Consul for Japan in Wales.

They were then given a tour of the 30,000 m² state-of-the-art manufacturing facility, which produces HD broadcast cameras and the latest 4K camera technology for worldwide distribution.

Each group then learned more about creating traditional origami and Japanese calligraphy art, and took part in a Yukata dressing up activity, with a Japanese language workshop ending the day.

Mr Kelly at Sony UK TEC said this landmark event was vital when it came to deepening cultural understanding between the UK and Japan and strengthening beneficial economic links between the two in the future.

He said: “As an organisation which takes pride in its global links with Japan, we are thrilled to have hosted the first annual Japan-UK Season of Culture event here at Sony UK TEC., which is also the first event of its kind in Wales.

“Japan’s rich culture and ethos is highly influential in the way that we operate as a manufacturing facility here in Pencoed, and we believe that by adopting its innovative and progressive vision we have achieved greater global success.

“Ultimately, we believe that the values entrenched in Japan’s technology, arts, and culture could be significantly beneficial to us here in the UK, and we are delighted to be playing a role in strengthening these links.

“We’d like to thank everyone who attended our season of culture event and made it such a success. We are confident that everyone learned a great deal and this was an effective way to kickstart this campaign.”

Mr Dunn OBE, Honorary Consul for Japan in Wales said: “I’d like to congratulate Sony UK TEC and its team on an excellent event.

“The Educational visit as part of the UK-Japan Season of Culture was first class and I compliment all concerned.”