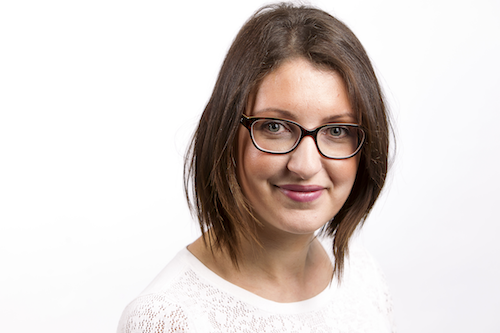 New business development manager Nabila Elias and head of engineering Martyn Woodfield have been promoted to the senior management team at the Pencoed facility.

Mrs Elias first joined the award-winning facility, which produces thousands of HD broadcast and professional camera systems, in 2012 as a project manager.

Since then she has risen through the ranks and she now oversees 11 staff members in the New Business Development Team.

Over the past five years, her responsibilities have extended to include marketing across the Contract Electronics Manufacturing Business, which manufacturers for third party clients, such as the Raspberry Pi.  She has also played an instrumental role in the success of Sony UK TEC’s Ffilm Factory 35, which has welcomed high-profile productions including Dr Who, Will, Keeping Faith, and Decline and Fall.

On her promotion, she said: “I am thrilled to be taking on this role within the senior management team. Sony UK TEC has always been thoroughly supportive of my progression within the business so I would like to thank them for this opportunity.

Joining Mrs Elias in the senior management team is Mr Woodfield, who has devoted 27 years of his career to the manufacturing facility.

Since joining in 1990, he has worked across several departments before being promoted into his current role as head of engineering. He currently oversees a team of 48 staff who carry out new model introduction, including the newly launched state-of-the-art 4K cameras, and process improvements.

Mr Woodfield said: “I am extremely pleased to have been appointed to this role as I feel I can add knowledge, experience, strategy and innovative ideas to enhance Sony UK TEC.

“As part of this I plan to provide a succession route for engineers to progress their career, as I have been able to.  My aim is to develop manufacturing solutions that will enhance our Mid-Range Plan. I will also focus on development programs for our current and future engineers providing engineering solutions to make us more efficient.”

Continuous professional development is part of the culture at Sony UK TEC, with the facility’s Wales Training Academy helping to shape and develop its leaders of tomorrow.

Through the dedicated training programme, team members are supported to develop at all levels of the business acquiring technical skills along with software, leadership and management skills.

Director of professional services Gerald Kelly said: “The continued development of our people ensures that we remain at the forefront of the manufacturing sector, and can attract and retain the very best talent. Both Nabila and Martyn are superb ambassadors for our business, playing a key role in our continued focus on manufacturing excellence and business growth.”

Thanks to its focus on growth and development the award-winning facility’s workforce has now soared to 500. The staff increase coincides with an influx of new business opportunities for the Pencoed facility.

Over the past year the facility has secured high-profile projects including manufacturing state-of-the-art 4k camera models for Sony Corporation and energy efficient lighting for Telensa. Its Ffilm Factory 35 has also enjoyed unprecedented success, welcoming productions including Dr Who, Will, Keeping Faith, and Decline and Fall.