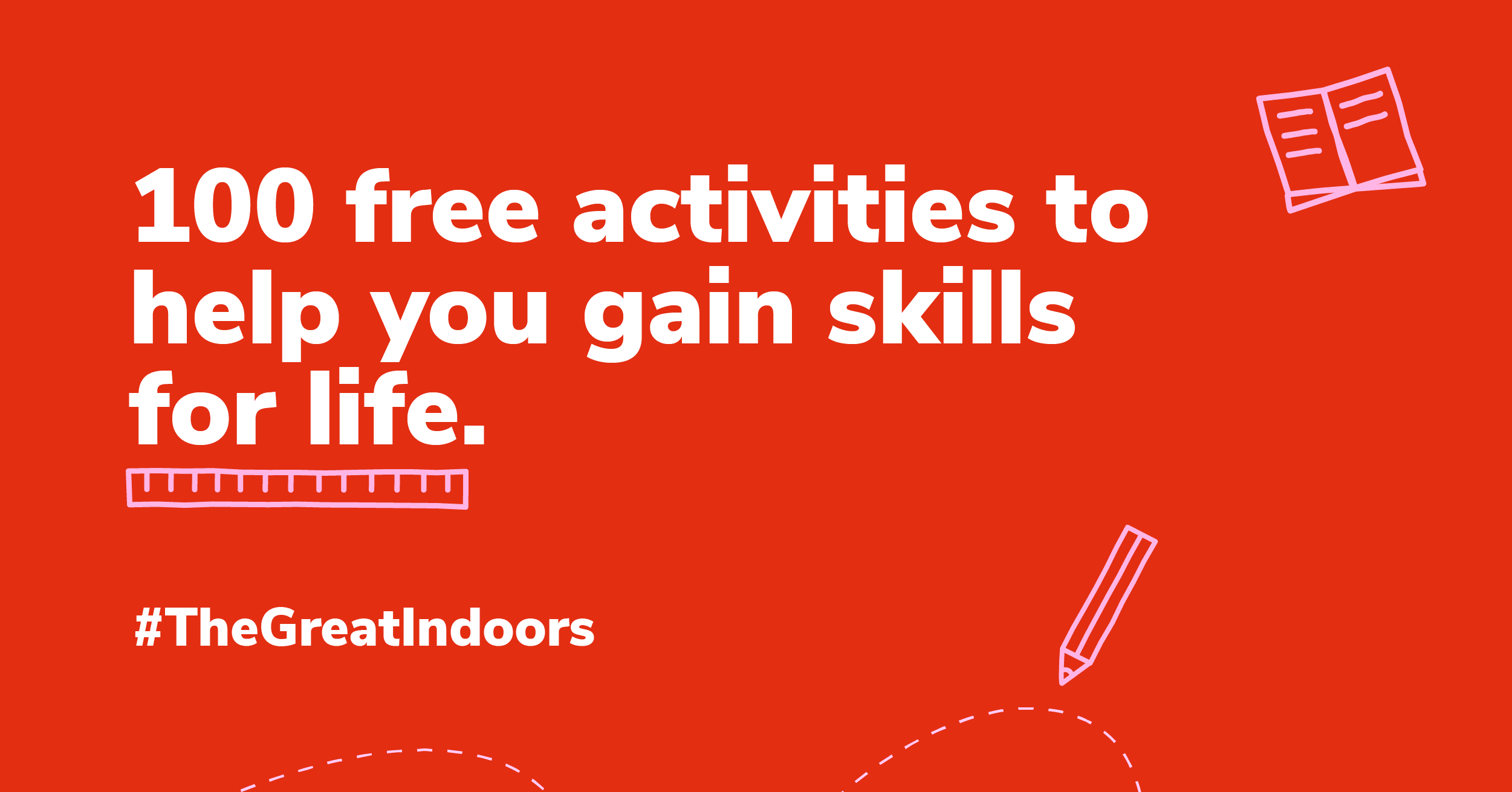 ScoutsCymru has been working hard to ensure that all young people are staying active, having fun, and continuing to learn invaluable skills for life during isolation.

As the UK enters its fourth week of quarantine, groups from each region in Wales have been proving that isolation shouldn’t stop young people from Scouting.

Hundreds of Beavers, Cubs, Scouts, volunteers and parents have been taking part in The Great Indoors initiative which is providing 100 free activities to keep young people active and engaged while staying safe at home.

Scouts in South Wales have taken on Scouting at home with the 5th Neath Bryncoch group hosting a camp-at-home where each young person was tasked to pack a bag, set up their camping area and help to cook a meal. Leaders have also been setting weekly activities for their group which have included star gazing, building a model solar system, and building rafts and catapults.

“We’ve had around 30 Beavers and Cubs get involved in The Great Indoors so far, it’s been fantastic. The young people have adapted to the situation incredibly well, and so have their parents. I’ve been told that the parents look forward to the weekly challenges as much as the young people!

“Everyone keeps in touch on our WhatsApp group and Facebook page which has been great for us all. Keeping in touch with each other has allowed our young people to stay connected and provide support to each other during this time which has helped them to cope with the huge changes they have faced.”

Similarly, Scouts in West Wales have been getting creative during isolation. The 2nd New Quay and Llanarth Air Scout group have ensured that The Great Indoors is just as much as fun as the great outdoors with new and exciting challenges being set weekly for their young people, including Easter treat baking and Spring inspired art sessions.

“The Easter baking was a fantastic activity, it was great to see our young people getting creative and having fun! I’m hoping in the coming weeks we will see even more young people take part in our weekly challenges. It’s a difficult time for everyone but The Great Indoors is allowing our young people to keep in touch with each other and continue developing their skills for life.”

North Wales is also taking part in The Great Indoors action. From stargazing in hammocks to testing out their baking skills the Gwynedd Explorers have been extremely busy. They have taken part in a Welsh themed baking competition, treasure hunt and virtual camp which saw 16 explorers and two leaders come together for a fun-filled evening powered by Zoom.

The latest task set for their young people will see them create animated films based on a scene from their favourite movies, with the winner receiving a trophy at their virtual awards evening. They are also planning to hold a Young Leader Camp over the next few weeks to ensure that their YLA explorers continue to develop their skills during isolation.

Rob Hughes, Explorer Scout Leader, praises his group for how well they have adapted to the new way in which Scouting is being delivered.

He said: “The Explorers have been fantastic at getting involved, they’ve embraced the silliness of the activities and even got many of their parents involved. It’s been really great to see. Everyone has adapted so well to this new way of Scouting. Initially, it was a challenge holding meetings via Zoom and Facebook, but everyone is getting the hang of it now.

“Over the past few weeks our motto has been to keep a physical distance but remain socially together. The young people have really enjoyed keeping in touch with each other virtually and doing something a little different. It can be challenging for them to stay engaged and motivated but being part of a wider Scouting movement helps them recognise that we are all in this together and together we will come out the other end.”

Powys has joined the other three Welsh regions in taking on The Great Indoors in a bid to keep their young people inspired and active throughout isolation. The Hay on Wye Scout Group has seen Scouts, Cubs and Beavers join in on weekly virtual meetings. They have been taking part in scavenger hunts, a code-breaking Easter egg hunt and an online campfire where they played map symbol bingo.

All sections have also been utilising OSM badges at home. The Beavers and Cubs are taking part in a sunflower growing competition which will contribute towards their gardening badge along with some group challenges that have included a ‘Thank you NHS’ video compilation. In addition, the young people are also making poppies at home from recycled bottles which will be used to decorate the cenotaph in Hay for VE Day.

Claire Bunton, acting District Commissioner, said: “The Great Indoors has been fantastic for our young people, those who have signed up are ready to give anything a go and we’ve had lots of happy smiling faces on the other end of our virtual meetings. We’ve got 15 Cubs and 12 Scouts that regularly join, and we also have a Guide joining in during isolation which is fantastic.

“The resources and activities have most definitely helped our young people to cope during this time, we’ve had quite a few parents contact us to say thank you and tell us how much their children are enjoying themselves. That’s the most important thing right now and we are so happy we can keep Scouting going and our young people happy and learning.”

ScoutsCymru has pulled together one hundred activity ideas into the ultimate resource for families. The activities are fun, free, and designed to keep young people entertained and educated throughout any extended time in the home. Each activity has a clear set of outcomes, such as developing communication skills or learning how to problem solve, which will also support schools in their aim to keep young people learning in their homes.