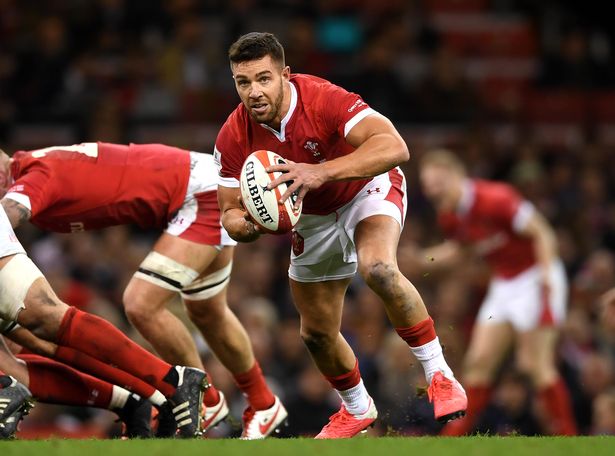 Welsh international rugby star Rhys Webb is set to become an ambassador for Oil 4 Wales when he makes his “highly anticipated” return to the Ospreys this year.

The scrum half, who played for the British and Irish Lions in 2017, has been appointed to the prestigious role at the independent family-run oil distributor to coincide with his return to Welsh rugby.

The 31-year-old confirmed that he will be returning to play for his former side from next season, after being released from his contract with French side Toulon.

On his new role at the leading oil distributor, which supplies 160 million litres of fuel per annum to 90,000 domestic and commercial customers across Wales, Mr Webb said he was delighted to be supporting a brand which supplies so many people in Wales.

He said: “I am thrilled to be returning to Wales to play for the Ospreys from next season, and look forward to again playing for the region which has been so instrumental to my success.

“Along with my return to Welsh rugby, I also wanted to give back to the fans and Welsh people who have been endlessly supportive of me over the years, while I have played both at home and overseas.

“As such I was delighted to take up the role of ambassador with Oil 4 Wales, which does so much for local communities across the country.

“Not only is Oil 4 Wales a lifeline to thousands, providing essential oil and fuel supplies come rain or shine, they also offer unrivalled support to community projects, local charitable initiatives, and schools, which really sets them apart.”

In his new role the returning Osprey will be supporting the leading brand, which supplies homes, businesses, commercial premises, agricultural and retail customers, at charitable and local farming events.

On the player’s appointment, founder of the brand Colin Owens said he was delighted to welcome him back to Welsh rugby and into the Oil 4 Wales family.

Colin and his family were especially excited to work with Rhys as they are old family friends with his partner Delyth.

He said: “I was so excited to hear that Rhys’s rumoured return to the Ospreys was confirmed, and I can’t wait to see him return to the pitch from next season.

“With his highly anticipated return confirmed it only felt natural that we would invite him to join us as an ambassador at Oil 4 Wales. Our ambassadors are absolutely vital in supporting the wide-ranging community work that we undertake each year, and we have been privileged to work with some of the best Welsh sports stars and entertainers in the business.

“We look forward to working alongside Rhys to further support the communities of Wales in 2020.”