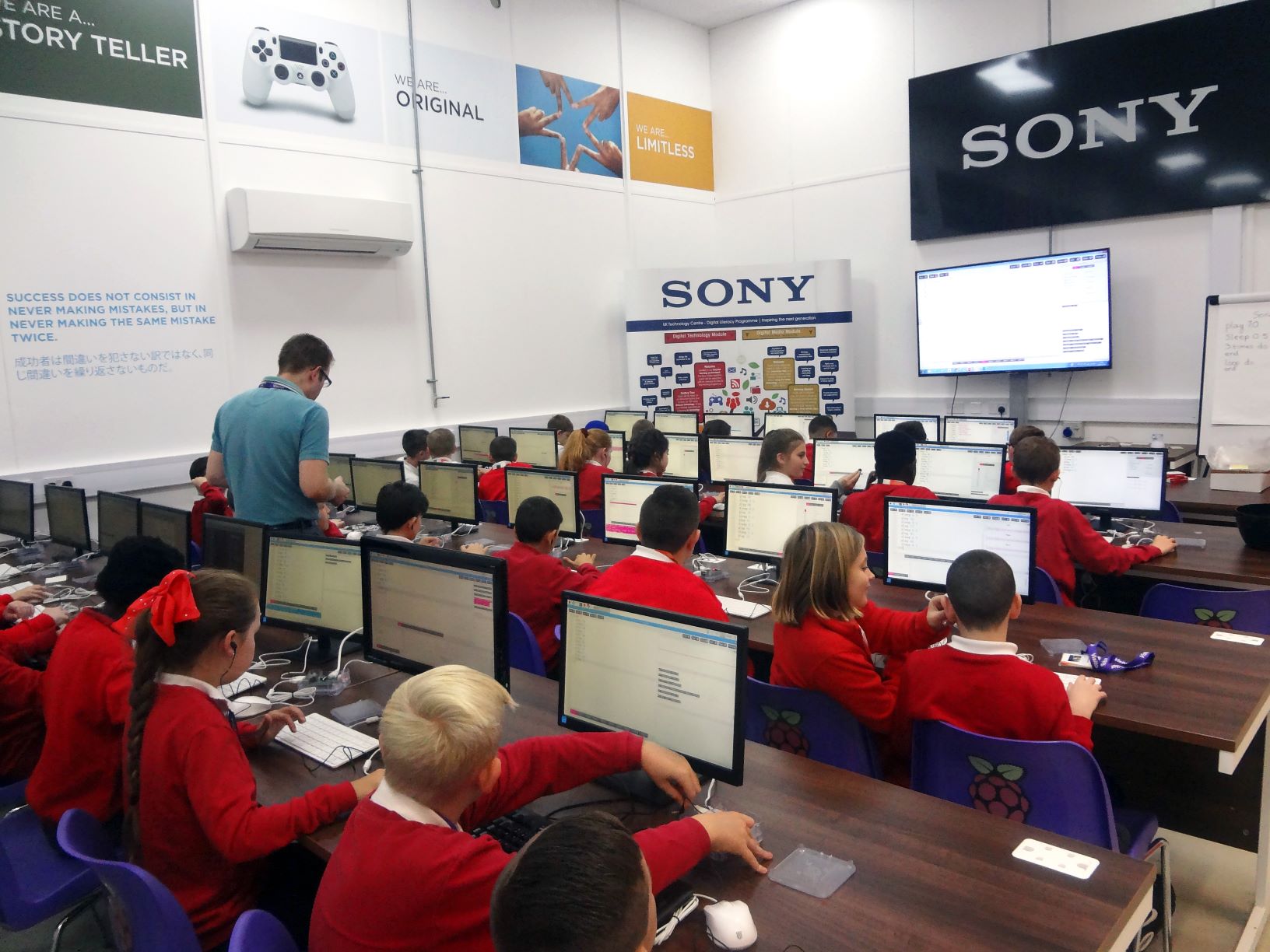 The number of Welsh schoolchildren taking part in coding workshops at Sony UK Technology Centre has soared in the last year, according to latest figures from the manufacturing giant to coincide with National Coding Week.

In July, the Pencoed-based manufacturing facility, which produces thousands of high-specification broadcast cameras for worldwide distribution, celebrated welcoming 4,159 students through its doors. The team in Pencoed have now revealed that so far this year 1,268 pupils have taken part in their coding -specific workshops, with an estimated 1,688 to participate in total by the end of 2019.

Numbers have soared since the programme’s inception in 2017 where just 548 pupils took part.

Thanks to the success of its Digital Competency Programme, Sony UK TEC launched its specialist ‘Learn 2 Code’ Workshops in 2017.

This tailored one day workshop, led by a qualified coding instructor, encourages children to use their creativity across a variety of digital platforms in a bid to boost STEM learning.

The factory, which produces the industry-leading Raspberry Pi computer, has spoken out about the importance of coding to mark National Coding Week from September 16th.

Director of professional services Gerald Kelly said incorporating coding into early education was absolutely vital for enhancing the future employment prospects of tomorrow’s workers, but also for the Welsh economy as a whole.

He said: “With the increasing development of and dependence on technology in all industries, we need the innovators of the future to be equipped with the skills to match. Coding introduces the pupils to various programming languages including Scratch and Python, an invaluable language that is used universally in the technology industry.

“In this digitally driven age it is fundamental that the next generation are able to recognise and utilise coding technology and use this not just for the betterment of their careers, but also to enhance the development of the Welsh economy.

“Part of our commitment to the local community is to inspire the next generation of engineers, entrepreneurs and creative talent and our coding workshops are one way of doing this.”

“I’ve found the workshops give the children an insight into their own creativity by using a variety of platforms to teach STEM skills outside of the classroom environment.

“It’s fantastic to see the excitement and thrill that the children experience when they go from their first beeps to a complete soundtrack using Sonic Pi in only a few minutes, or when they ask if they can add another component to their circuit ‘to see what happens.

I bumped into a parent whose child attended one of the first Raspberry Pi coding days and found out that her daughter is now studying Computer Science GCSE. This is the kind of impact we want to see.”

Sony UK TEC also partners with regional rugby side Ospreys to deliver a Schools Programme for children from the authorities of Swansea, Neath and Port Talbot and Bridgend.

Thomas Matthews, whose role in the Sony Wales Academy in Pencoed focuses on ensuring the educational programmes run smoothly, has also been learning coding in order to deliver new Ospreys Coding Workshops to schools across the region.

He said: “The Ospreys coding sessions are such a great way to deliver interactive learning to pupils across the region and I’m really pleased I can be a part of it. Learning to code has been a fantastic experience and enabled to me learn a new skill and it will be extremely beneficial for pupils opening up future career paths that they may not have known existed. I’m really looking forward to seeing the success of this new scheme.”