With over 80 restaurants in the US, American restaurant chain Slim Chickens chose Cardiff as its second venue in the UK.

jamjar was appointed to support the launch of the restaurant in Cardiff with the following objectives:

We researched hooks that would allow us to leverage awareness locally, as well as influencers with a strong following amongst our target audience.

We also looked into Cardiff’s links with the US, which led us to discover that there are two American ice hockey players playing for the Cardiff Devils (our local ice hockey team) – winner, winner, chicken dinner!

Cardiff Devils’ American sport loving fan base was our ideal target audience, so we partnered with them to help ruffle some feathers.

While the fact the restaurant was new would naturally generate some awareness, we knew we had to do something more to get people to say ‘what the cluck?’, so we brought on board the expertise of food artist Nathan Wyburn of Britain’s Got Talent fame, who specialises in creating iconic celebrity portraits using non-traditional media, such as food. 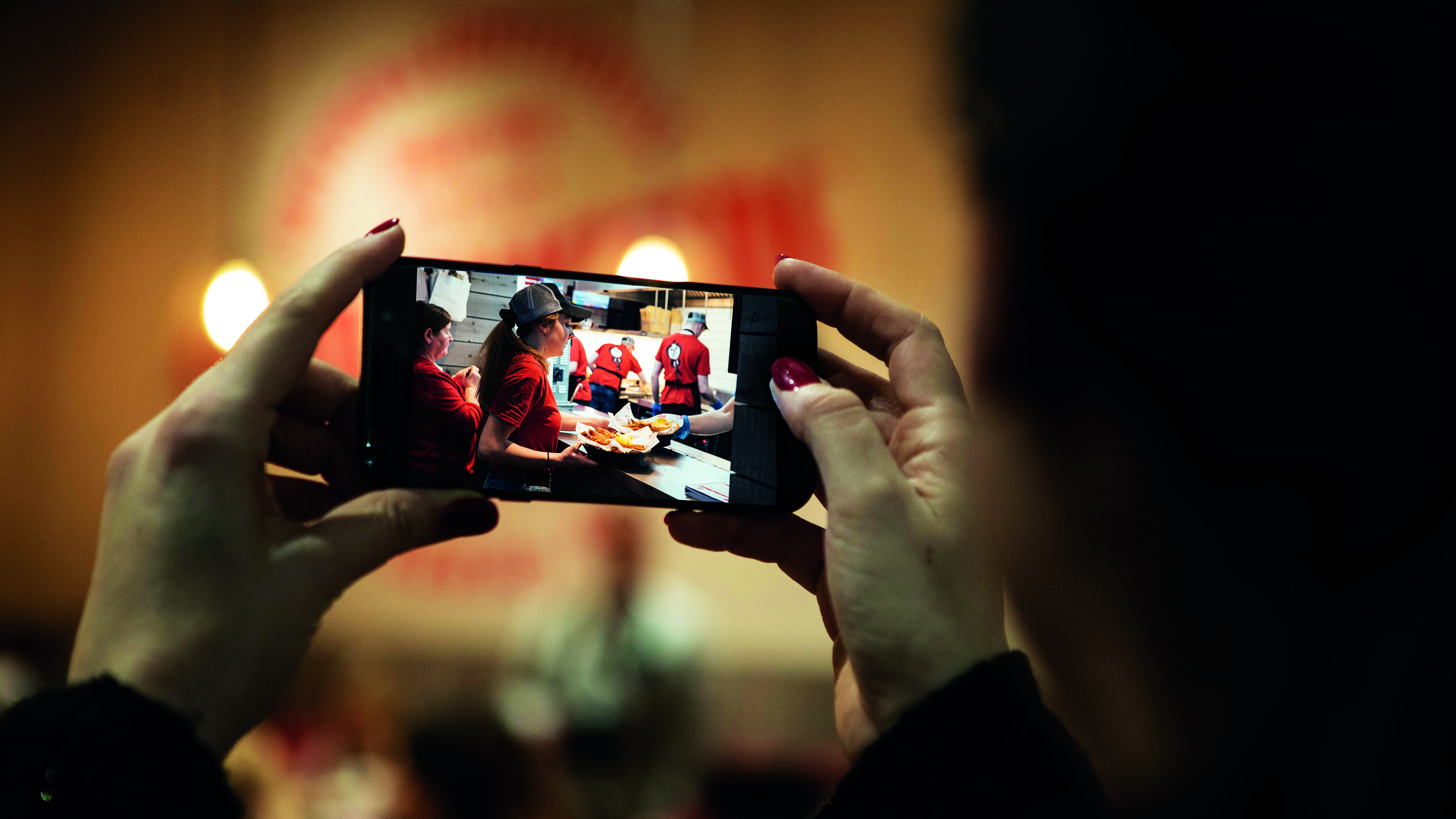 At the official launch event of the restaurant, Nathan came along to create live portraits of our two American Cardiff Devils using chicken tenders and Slim Chickens’ famous sauces. This activity gave us a great hook for the journalists and influencers in attendance to share social media content live from the event. 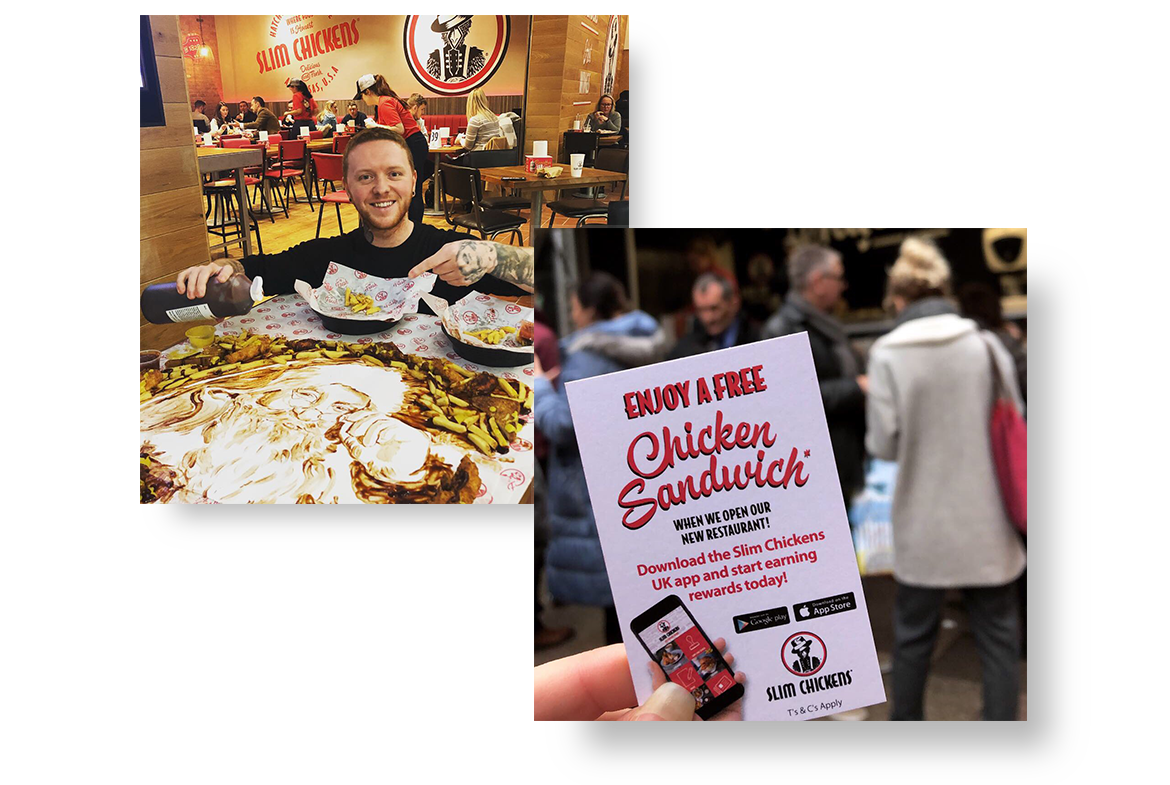 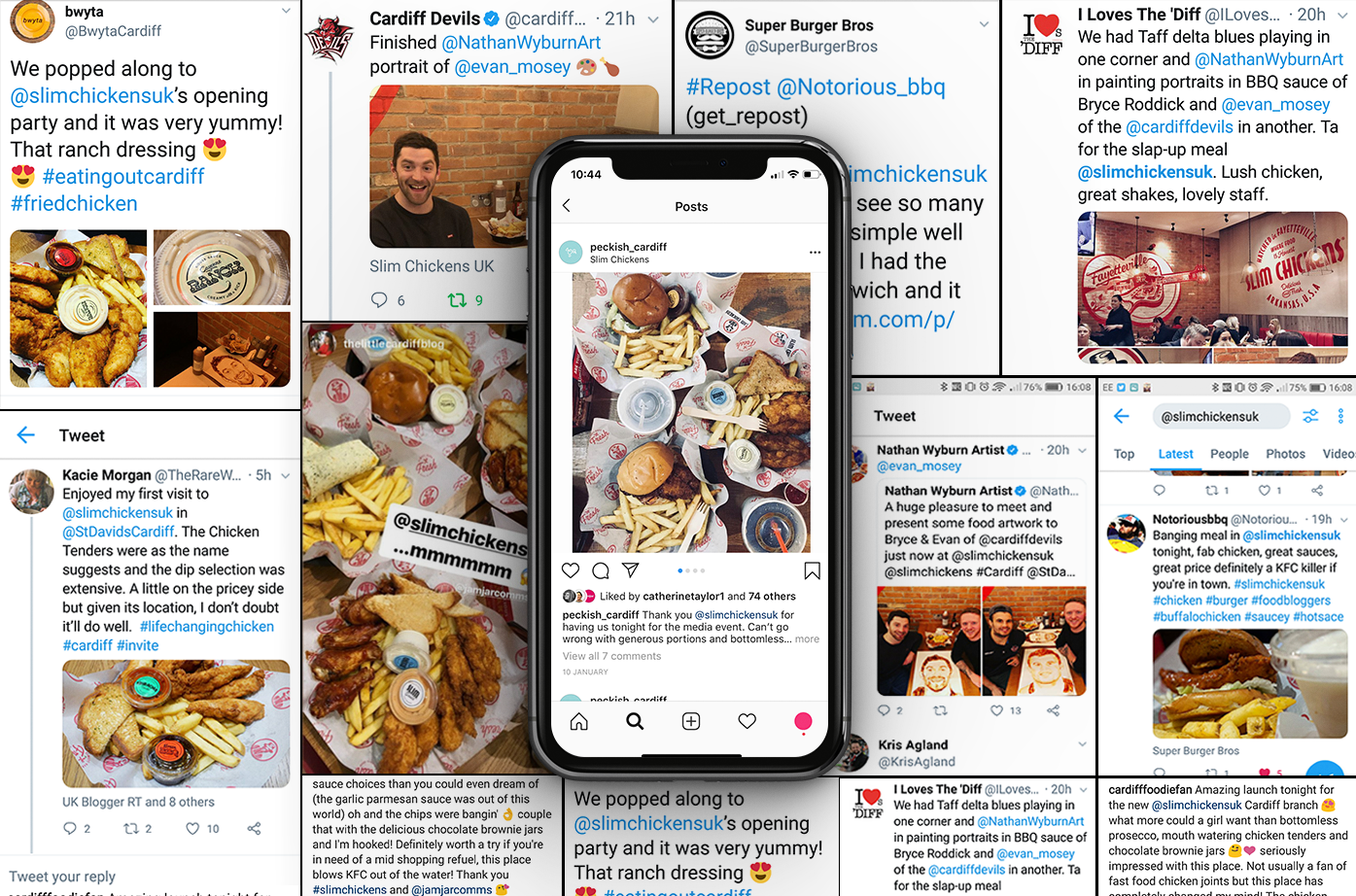