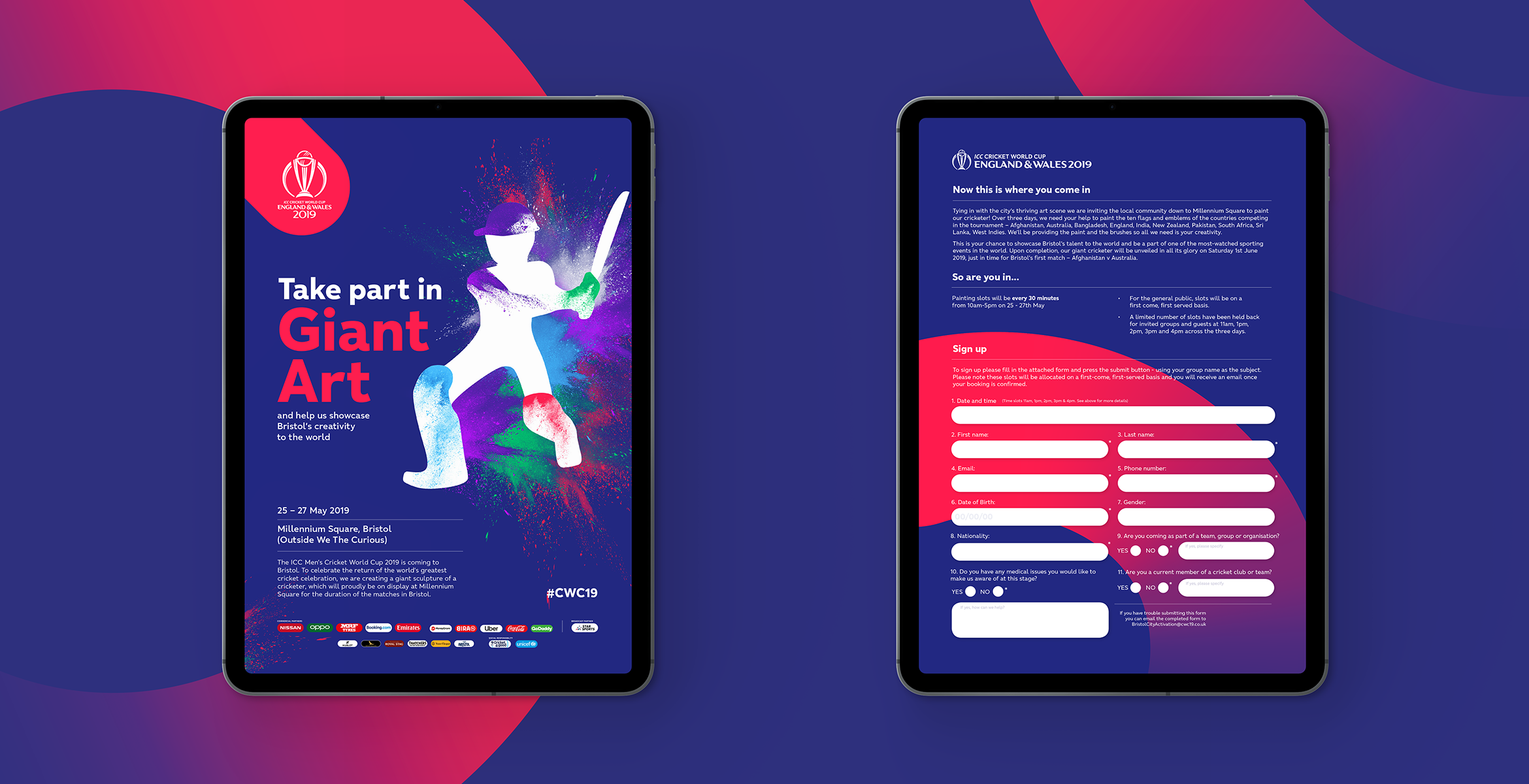 To celebrate the ICC Cricket World Cup’s Bristol matches, jamjar worked with Wild Creations to create an event in May which would:

With Banksy hailing from Bristol, our research revealed that Bristol has a thriving art scene and when you scour its streets, you’ll struggle not to find a cutting-edge piece of graffiti art decorating the city’s walls.

This led to the idea of creating a giant sculpture of a cricketer and hosting a participatory art event, where the local community could come down and paint on it the ten flags of the countries competing in the tournament.

Upon completion, the cricketer was to be unveiled in all its glory on Saturday 1st June 2019, just in time for Bristol’s first match – Afghanistan v Australia – which would be screened on big screens alongside the sculpture for those who didn’t have tickets. 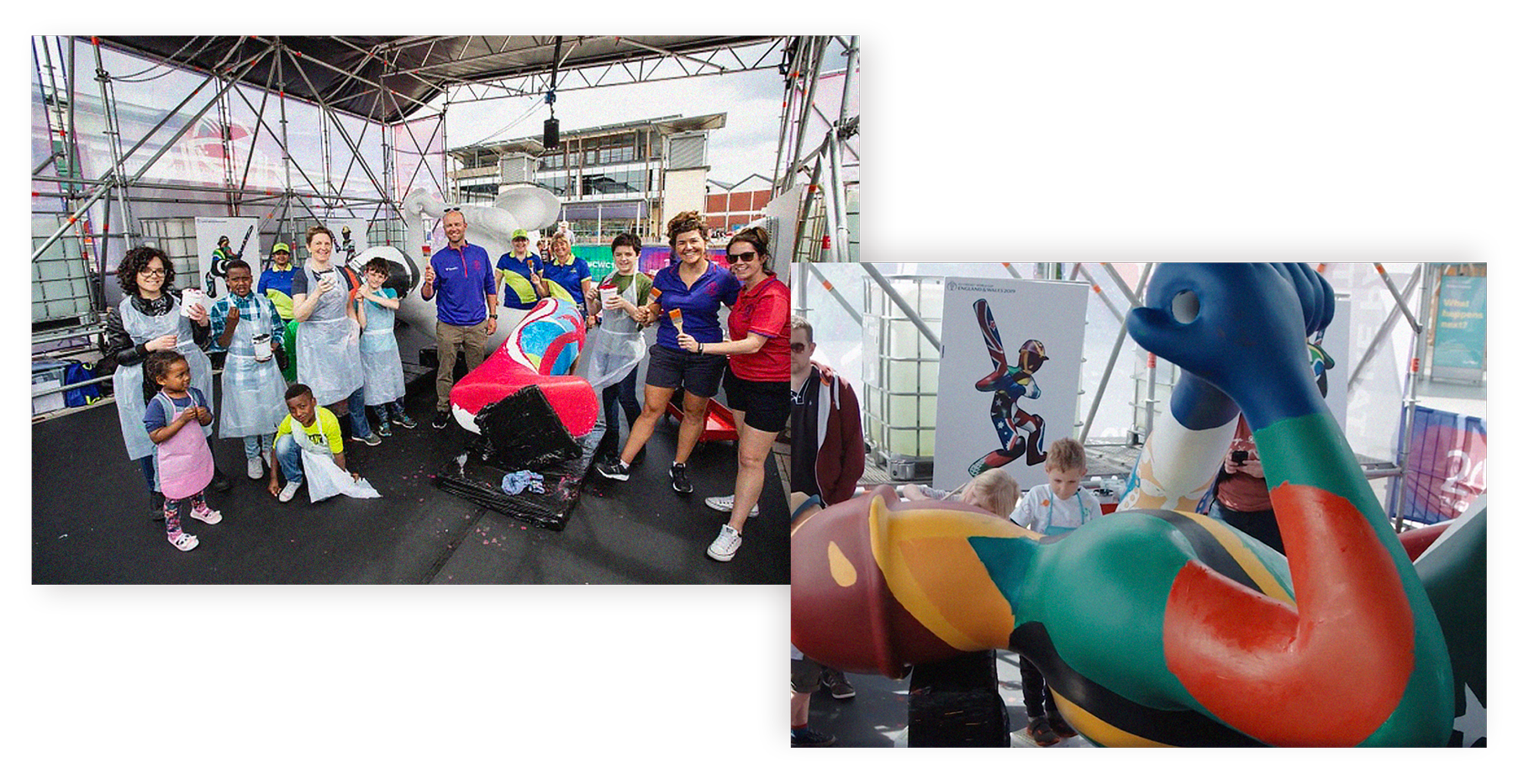 The event was timed to coincide with a bank holiday weekend. Over three days, the public was invited to Millennium Square in Bristol to take part in our giant art event where they could paint the ten flags and emblems of the countries competing in the tournament directly onto the giant sculpture.

To tie in with Bristol’s iconic street art scene, local street artist Silent Hobo was invited to create a live complimentary piece of artwork, which also entertained the public while they were waiting to take part.

Once they had taken part in the painting, the public were then invited to sign their name on another canvas to form part of the final installation and to show that this was a piece of art created by, and for, the local community. 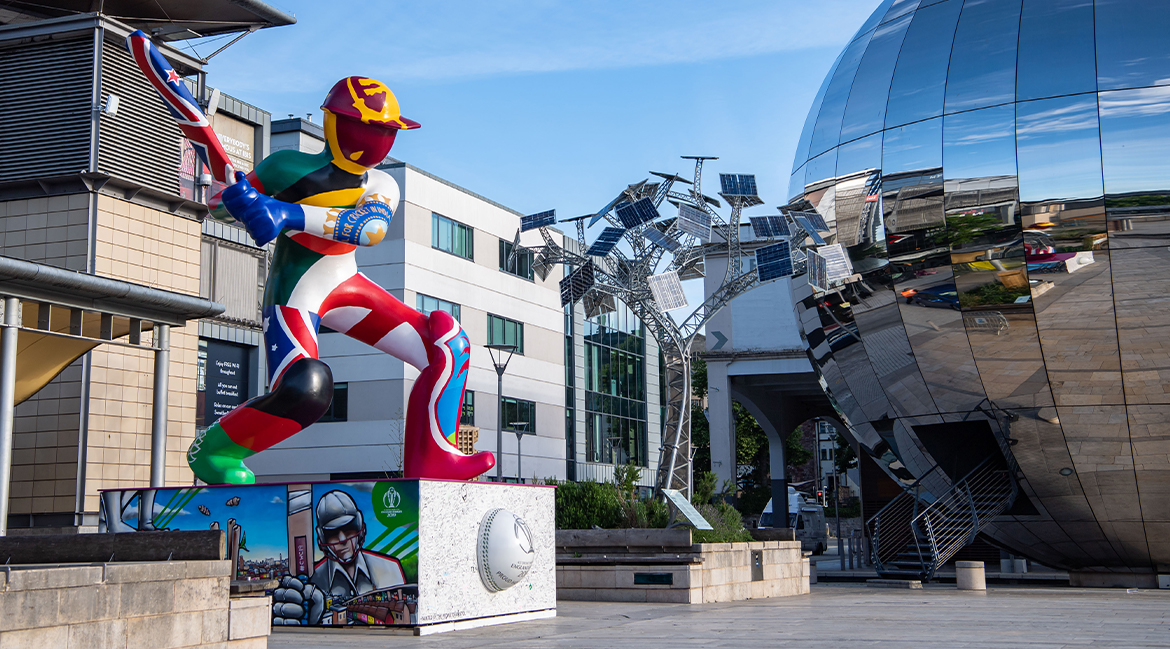 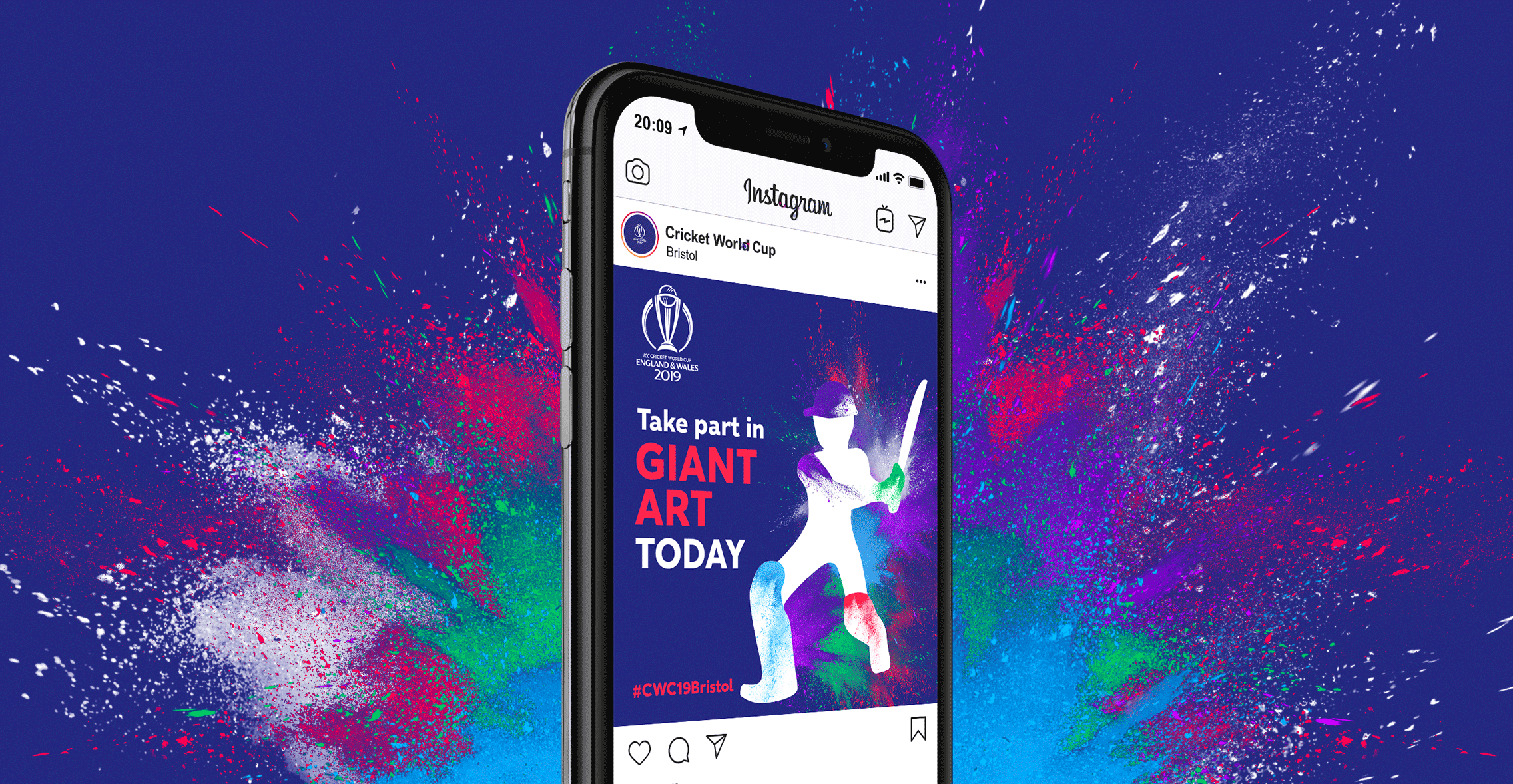 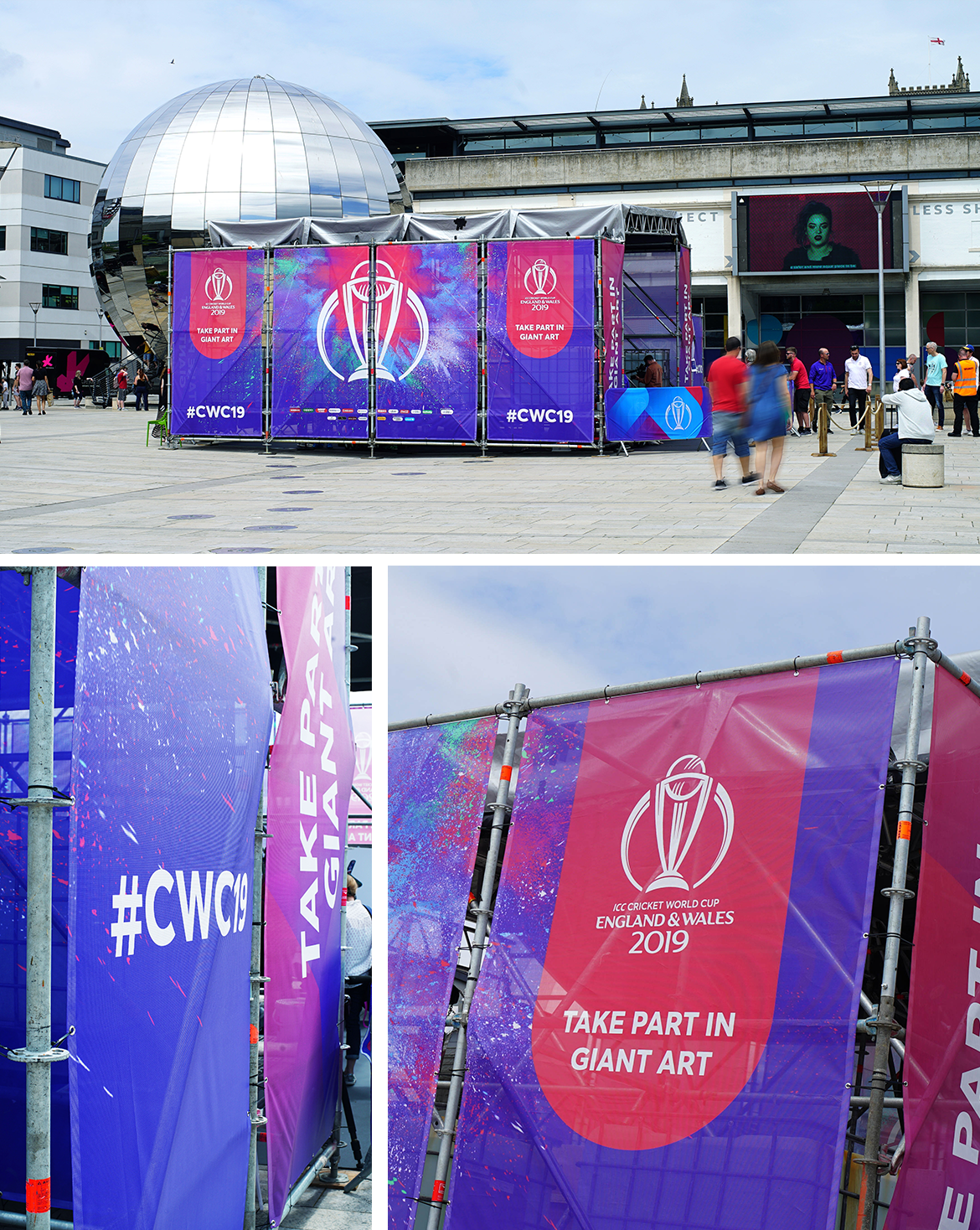 “Bristol is hugely proud to be welcoming the ICC Men’s Cricket World Cup to the city. Our cultural, artistic and sporting heritage is alive and well and the ‘giant art’ initiative is a perfectly fitting way to celebrate this iconic tournament.

“We’re confident it will connect, entertain and inspire the local community with the Cricket World Cup in equal measures. We look forward to welcoming people young and old to take part, creating a truly memorable event for the entire city and a great way of showcasing our creative talents.”