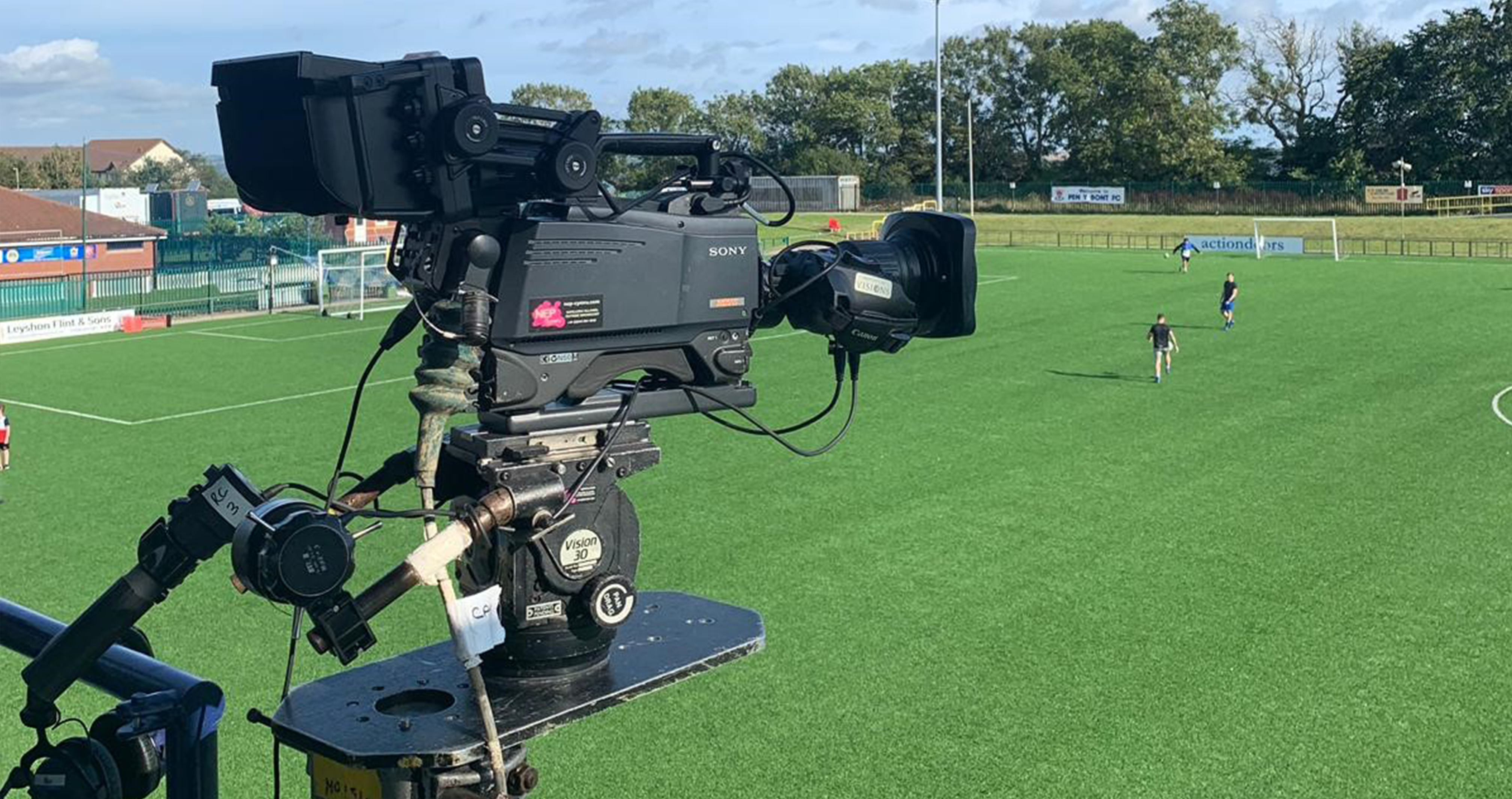 The much-anticipated derby match between Penybont FC and Barry Town Utd took place last weekend and was attended by a group of seven Sony UK TEC team players who were able to see the state-of-the-art cameras in action.

The game coverage was provided by Sony UK TEC customers, NEP Cymru, and was shown live on S4C via satellite link on Friday night.

The game marked the first time that Penybont FC has played in the Welsh Premier League following an undefeated league campaign season.

The team unfortunately suffered a 2-1 defeat, but nevertheless the match was historic for both the club, the town, and Sony UK TEC.

The manufacturing giant is an avid supporter and sponsor of the club, with the Managing Director of the facility, Steve Dalton OBE, having previously sat on the board. As such, manufacturing the camera equipment for this broadcast milestone was a significant moment in their partnership.

“We are extremely proud that the top-quality cameras produced in our facility here in Pencoed were used for the first broadcast of a Bridgend local derby.

“We are committed to producing quality products that place us at the forefront of manufacturing innovation and excellence globally. We are proud of our team and how they have evolved to deliver high end professional cameras, therefore being a part of this historical moment for the local community was a fantastic accolade for Sony UK TEC.”

Alan Whitely, Member of the Board at Penybont FC, said:

“Although we are disappointed that we lost the fixture, it was a huge moment for us to have a match televised live. We are incredibly proud of all our players and staff who have worked tirelessly to get us to this point.”

Anthony Davies, also Member of the Board at Penybont FC, added:

“We would also like to thank Sony UK TEC for its continued support. Along with Steve Dalton’s role on the board in the past, the business has made a real difference to the club with their sponsorship over the years. Being a part of this history has created a special memory for the club that will stay with both the players and staff for a lifetime.”

Sony UK TEC is a socially aware business that seeks to minimise its impact on the environment, supports its local community through charity work and sponsorship, and has the welfare of its staff at the heart of its operation.