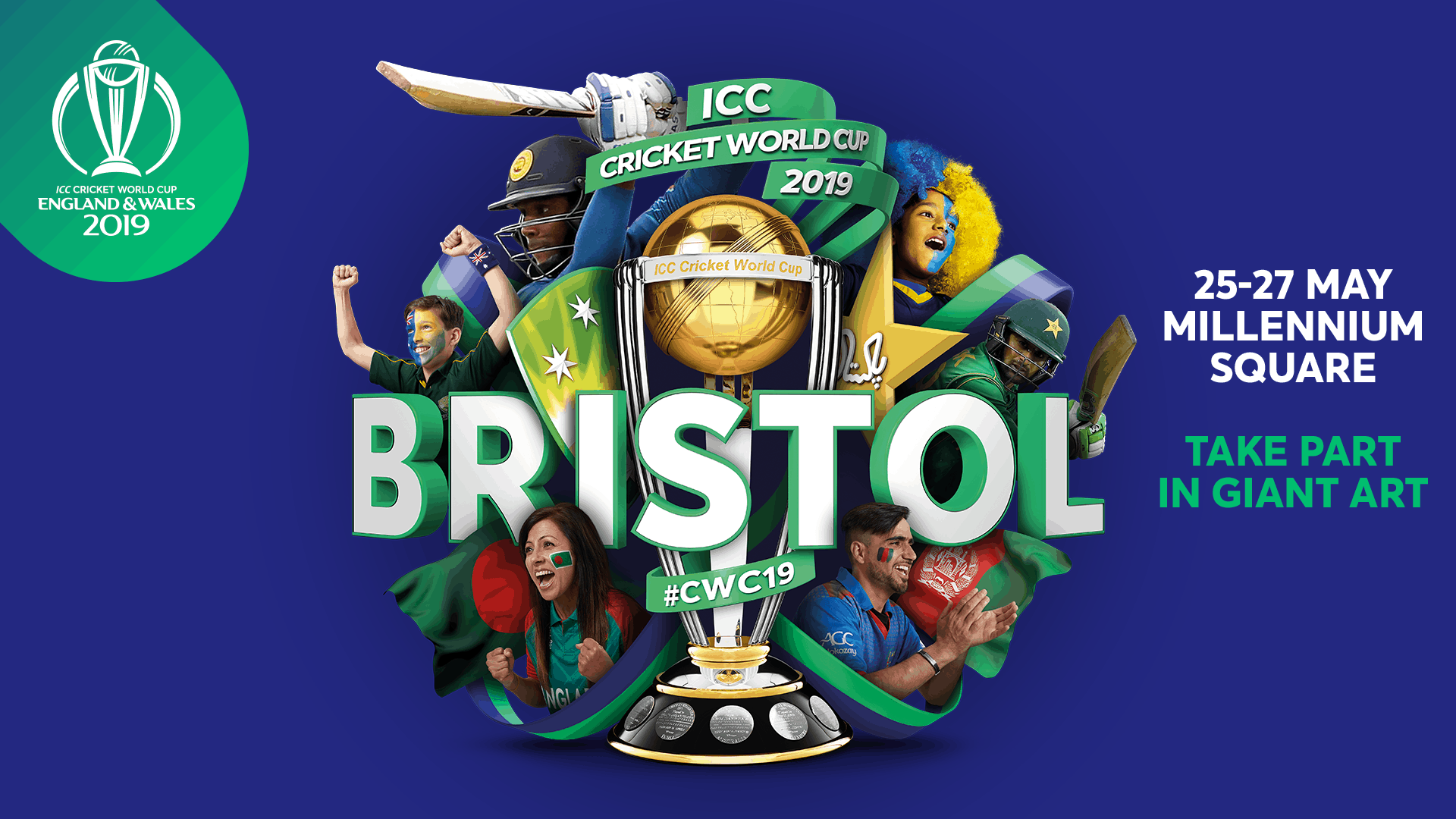 This summer thousands of new and existing cricket fans will have the opportunity to get up close to the ICC Men’s Cricket World Cup action as 10 UK cities get set to host the iconic tournament.

Two of Wales’ leading creative agencies – Wild Creations and jamjar – are partnering with the Cricket World Cup to bring the tournament to life.

As part of official ‘City Celebrations’ the agencies are working with the ICC to deliver and promote unforgettable fan experience in Bristol.

In Bristol, a giant sculpture of a cricketer is being created and put up in the city centre.  Tying in with the city’s thriving art scene, the public is then being invited to ‘take part in giant art’ by painting the giant statue featuring the flags and emblems of all ten competing nations.

Upon completion, the structure will be unveiled in all its glory on Saturday 1st June where the city’s first match will be shown live on big screens in the square. The statute will then proudly be on display for the duration of the ICC Men’s Cricket World Cup three fixtures in the city.

The creative stunts and activations are part of a nationwide celebration of the ICC Men’s Cricket World Cup where the organisers are aiming to connect, entertain and inspire local communities of the Host Cities with one of the most-watched sporting events in the world.

The ‘City Celebrations’ will consist of eight city centre fan zones (Nottingham, Taunton, Southampton, Manchester, Leeds, Durham, Birmingham and London) and two city activations (Cardiff and Bristol) providing the opportunity for fans to enjoy an authentic Cricket World Cup experience, watch the live broadcast of matches and celebrate the tournament action in a live setting together with thousands of passionate fans from across the globe.

Locally in Cardiff, the Cricket World Cup will be celebrated throughout the city with ‘The Ultimate Delivery’ on Friday 31 May 2019 where the official tournament ball is to be transported by the local community in a record-breaking attempt at a catching relay before being handed over to the two competing Captains of the next day’s opening match in the city – New Zealand v Sri Lanka.

“We’ve seen from our ticket applications just how big the demand for this summer’s ICC Men’s Cricket World Cup is and we are delighted to make the tournament more accessible than ever through the City Celebrations.

“The British public always get behind global events and our City Celebrations allow fans up and down the country, as well as visiting fans, to come together to celebrate the Cricket World Cup, regardless of whether they’re attending a fixture or not.

“The support from our Host Cities has been phenomenal, and we’re delighted to be able to continue the strong partnerships with the ground-breaking fan engagement plan throughout the tournament.”

This will be the latest imaginative and eye-catching work created by Cardiff-based special effects company Wild Creations in the sporting sector, with previous projects including the ‘ball in the wall’ for Rugby World Cup 2015 and a giant Blue Dragon on Cardiff Castle for the UEFA Champions League Final 2017.

“We’re proud to be working with another iconic sporting tournament helping to create a buzz and engage fans during the world’s greatest cricket celebration.

“We’re hard at work on the art installations and are looking forward to seeing the people of Bristol’s reactions over the next few weeks.”