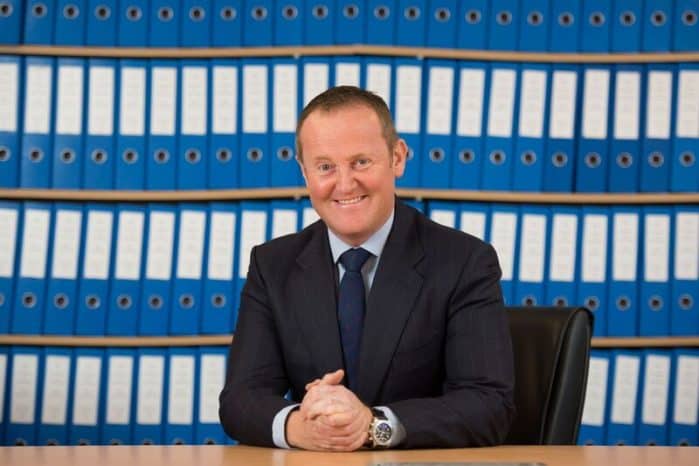 With the number of potential modern slavery victims soaring to over 5,000 last year, a legal expert has urged businesses to recognise the warning signs “hiding in plain sight”.

He warns that companies could be inadvertently enabling the exploitation of victims by failing to recognise the clear warning signs.

Mr Williams, who has extensive experience in defending companies and individuals charged with modern slavery offences, has spoken out after the Crown Prosecution Service revealed it had seen modern slavery prosecutions rise by a quarter between 2017 and 2018.

He warned that this number could continue to increase if businesses were missing vital opportunities to identify exploitation in the workplace.

He said: “Modern slavery is not an isolated issue in big cities, it affects all people at all levels of society. Slavery victims could be your hotel chef, your cleaner, your delivery person, or a contracted worker – so it is an offence which is very much hiding in plain sight.

“Unfortunately, many business owners and managers become embroiled in prosecutions because they are unaware that their suppliers and third-party contractors are enabling the exploitation of workers.

“By recognising the warning signs at an earlier stage, businesses can help put a stop to this alarmingly widespread and detrimental offence once and for all.”

Managers who frequently rely on the use of third-party contractors, labourers, or agency workers to complete a project may require documentation.

It is at this stage that the first opportunity to identify a potential victim may arise.

Mr Williams said: “Many modern slavery victims are unlikely to have any personal identification, such as a passport or a driving licence, which in this day and age is particularly unusual.

“Identification is frequently confiscated by those seeking to exploit the victim, in a bid to assert further control over them and prevent them from escaping.

“Managers who are unable to obtain identification from a worker without explanation, or who suspect the provided information is falsified, should investigate their concerns further.”

Those who oversee smaller operations and offices will often become familiar with the daily travel routines of their staff.

While it is common for workers to arrive at different times, those who frequently get dropped off extremely early or are picked up late could be under the control of a manipulator.

Mr Williams said: “Obviously not everyone who works late or arrives early should fall under suspicion, but if you already have concerns this could be another factor to consider.

“Often slavery victims are entirely reliant on someone else for their daily needs, such as travel, with an aggressor using this to control the victim.

“As a manager if you have concerns, it may be worth keeping a log, or checking the start times for the individual, to try and establish a pattern.”

As mentioned previously, modern slavery victims are unlikely to have any control over their personal identification. This also extends to bank accounts.

Many managers may require a worker to provide them with bank details if they have hired them directly to complete a project.

“If the worker seems concerned, stressed, or even fearful about their inability to receive payment in cash, it would be wise to try and ascertain the reasoning behind this. While it could be innocent, equally there could be an underlying and more sinister reason.”

Signs of physical abuse, malnourishment, and unusual anxiety are all clear signs that a worker is being exploited.

However a large company, which employs thousands of workers across numerous sites, could easily overlook this.

To prevent this, Mr Williams urged companies to implement a policy of screening every new worker for potential warning signs of modern slavery.

He said: “Directors and CEOs are unlikely to meet every new employee, but in losing that personal approach, we could also miss vital warning signs when using agency or contracted workers.

“Businesses should safeguard themselves against becoming complicit by having at least one designated person to recognise the signs. In doing so they will protect the business, but more importantly the individual, from further exploitation.

“A designated department or member of staff is well positioned to identify signs including poor hygiene, malnourishment, anxious behaviour, or signs of physical abuse, which could end victimisation.”

Colleagues frequently form friendships inside and outside of the office. However, a worker who is being victimised is more likely to avoid personal interaction of any kind.

Mr Williams said: “Modern slavery is very much perpetuated by secrecy, and the victim’s inability to ask for help.

“As such they will have been encouraged not to interact with co-workers or reveal any personal details for fear of retribution.

“In a smaller work environment this could become immediately apparent, especially if the worker repeatedly avoids interaction or attempts to speak with colleagues. While you could put this down to shyness, a modern slavery victim will often adamantly isolate themselves at all costs for fear of repercussion.”