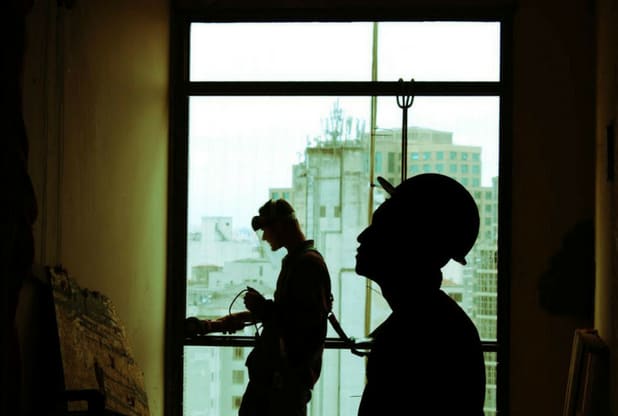 Corporate manslaughter has become a nationwide talking point once again ahead of the first anniversary of the Grenfell Tower fire tragedy.

One year on from the devastating incident on June 14, 2017, an official inquiry is now underway to determine who was responsible for the harrowing events which claimed the lives of 72 people.

Following the fire last year many were quick to attribute blame to the local council and the tenant management organisation. The Metropolitan Police investigated both the Royal Borough of Kensington and Chelsea, which owned the tower, and the Kensington and Chelsea Tenancy Management Organisation which managed it, on suspicion of corporate manslaughter.

A BBC Panorama investigation claimed that the insulation used in renovations of the tower, from manufacturer Celotex, never actually passed required safety tests. But with the official inquiry into the incident still underway, culpability for the tragedy has yet to be established.

With everyone from housing associations, to electricians involved, the duty of care in this sector is vast – and a failure to follow correct procedures could quickly prove fatal.

But when it comes to construction, when are companies culpable of corporate manslaughter? And what should they do if accused?

What is corporate manslaughter?

Corporate manslaughter is a criminal offence through which a company or corporation is found to be responsible for a person’s death.

The offence came into law in 2008 when the Corporate Manslaughter and Corporate Homicide Act 2007 came into being.

Companies can be found guilty of this offence if their serious management failures led to a gross breach of duty of care.

If found guilty companies could face an unlimited fine of up to £20 million, depending on the severity of the offence, or the court could order them to overhaul their health and safety procedures.

When is a construction company accountable?

As part of the 2007 Act there are specific ways to determine if an incident falls under the offence of corporate manslaughter.

Following a fatality, the business’s internal processes which led up to the death will be examined, including any health and safety procedures, to determine if there were systematic failures which led to negligence.

In the construction industry, the implementation of health and safety procedures is even more vital due to the highly hazardous working conditions and proximity to heavy machinery. As such it is crucial that any safety measures are not just sent out to staff, but followed strictly.

Mr Williams said that in order for a company to be accused of corporate manslaughter, it must be proved that there was a gross breach of procedure, which left workers or members of the public at a significant risk.

“This breach must be major, and be identified as a significant departure from expected standards,” the legal expert added.

In 2015, Master Construction Products became the 26th company to be convicted of corporate manslaughter after a worker was crushed to death by a machine used to sort waste materials.

The company was fined £255,000 and a subsequent HSE investigation uncovered that there was no safe system of work outlined for the machinery.

A significant part of the failure must also have occurred at a senior level, among those with decision-making powers, Mr Williams added. He said: “Construction managers are under extreme pressure to ensure their firm follows procedure and adheres to regulations to prevent any serious incidents on-site.

“And while every care is undoubtedly taken, sometimes things can go wrong. Anyone with concerns that they may be liable under this Act should seek legal representation immediately.”

Not only should site managers safeguard the wellbeing of their workers, but they are also responsible for preventing injury to the public, Mr Williams said.

Monavon Construction Ltd became the first company to be sentenced under the Act, and received a fine of £550,000 after pleading guilty to two counts of corporate manslaughter, when two men suffered fatal injuries after falling into a well in 2013.

As we have witnessed through the official Grenfell Tower Inquiry, this public responsibility also extends to the safety of building materials used in a construction project. A BBC investigation has recently raised questions around whether Celotex had misled buyers about the safety of its product before the installation at Grenfell Tower.

Mr Williams said: “This underlines the importance of obtaining up to date records and documents relating to the safety testing of any product used in a construction build. As managers it is not just vital that you ensure your workers follow procedures, but that your third-party suppliers do too.”

What next if you’re facing a corporate manslaughter charge?

It is likely that an investigation will be undertaken by the Health and Safety Executive (HSE)  to ascertain blame for the fatality and could also include a criminal prosecution for health and safety offences.

Mr Williams said: “Managers or companies accused of corporate manslaughter could easily become overwhelmed due to the scope of the investigation.

“Once the fatality occurs, there are likely to be investigations into company health and safety procedures, police visits to the site, and interviews with HSE among many other steps. It is imperative that you speak with a fully trained solicitor who is well versed in dealing with corporate manslaughter cases to guide you through this process.

“At Blackfords LLP we have extensive experience of defending clients in some of the most complex corporate manslaughter cases in the UK.”

Mr Williams advises that construction companies and managers could also receive publicity orders, requesting the business to provide details of previous convictions and fines. He said they could also receive a remedial act instructing them to overhaul procedures which resulted in the death.