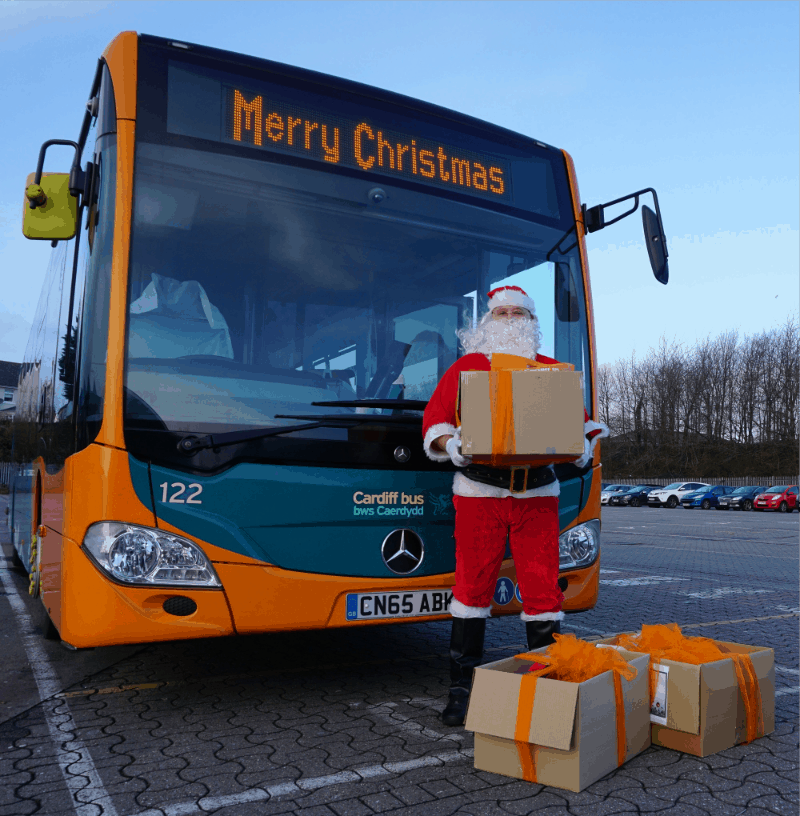 Cardiff Bus took over from Santa’s sleigh in December when it made a special festive delivery to dementia patients at a local hospital.

Gifts including chocolates, perfume, socks, books, and nail varnish, which have been collected by Cardiff Bus staff throughout December, were delivered to patients during the day.

They were gifted to those being treated on Ward East 18, which provides specialist support to people living with dementia and other progressive brain diseases.

The donations are part of Cardiff Bus’s ongoing charitable support of the ward, with staff having hiked up Penyfan, and undertaken the Cardiff Half Marathon to support its vital work and its facilities.

Earlier in 2018 it also donated one of its bus stop signs and timetable displays to the hospital, in a bid to prevent patients living with dementia from becoming unsettled and anxious during their stay.

Cardiff Bus commercial manager Gareth Stevens said they were delighted to support the “invaluable” ward and its patients during the Christmas period.

He said: “Christmas is such a special time of year for everyone, so we were pleased to bring a little bit of festive cheer to the patients at Ward East 18.

“Ward East 18 and Llandough Hospital provide such invaluable care to people living with dementia across south Wales and their families, so we are only too happy to support their work.

“We are delighted to have been able to offer ongoing support to this fantastic ward, and we aim to continue doing so in 2019.”