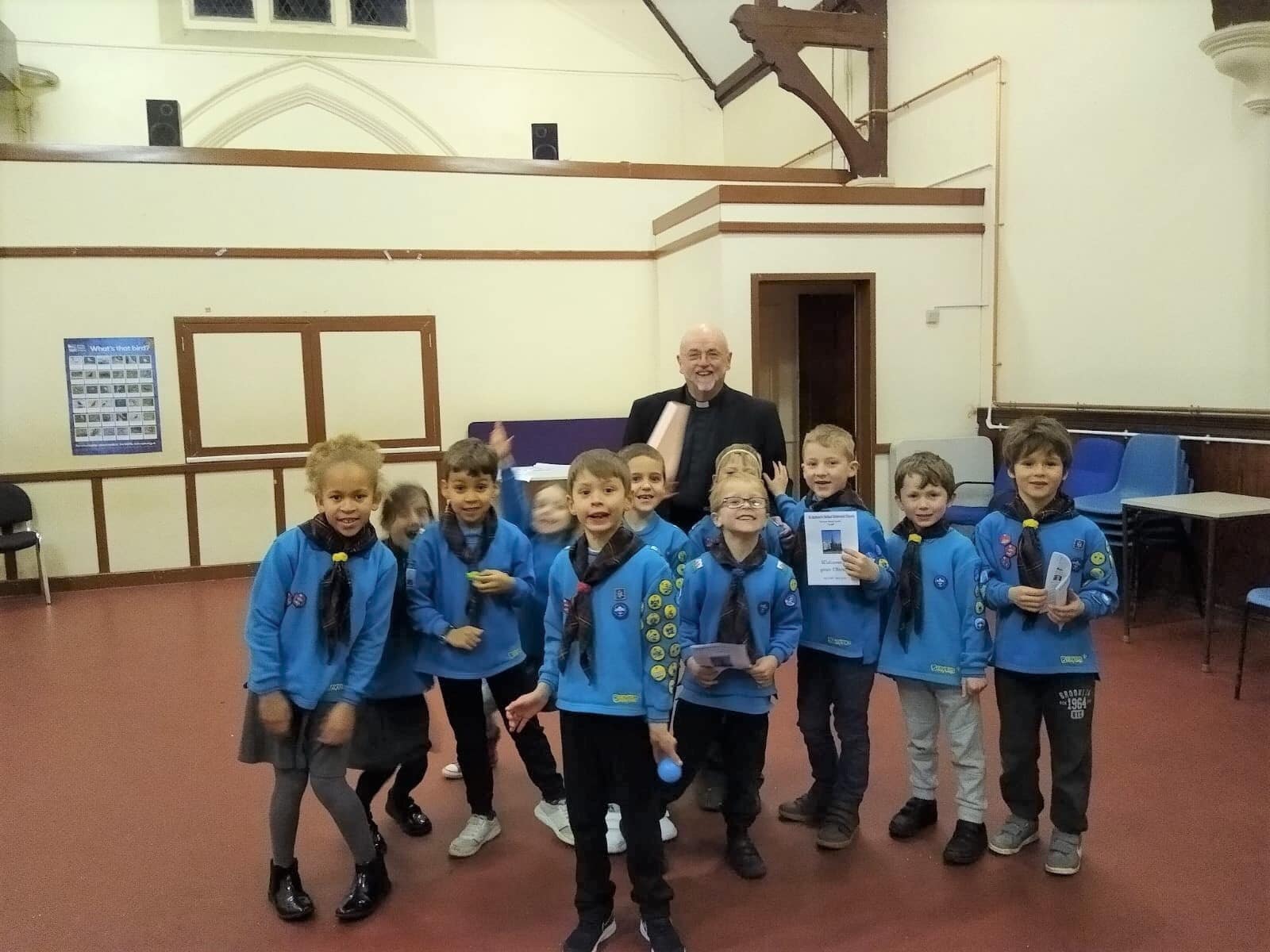 Dedicated young Beavers have been learning about Christians and Muslims across Cardiff in a bid to promote “compassion and understanding” for different religions.

Around 25 members of the 25th Cardiff Beavers have been visiting churches and mosques over the past month, in order to learn more about both religions to achieve their Faith Badge.

As part of their work to achieve the badge, they were tasked with taking an active part in a place of worship, finding out more about the origins of faith, exploring the history of the faith, and then explaining some of the teachings.

As part of their research into Christianity, the young Beavers met with the Reverend Des Kitto of Roath, who showed them around St Andrew’s church, where they discussed religions around the world.

During the month they were also encouraged to write a prayer of reflection, which saw them trace their hands and incorporate the Beavers Promise. Leaders also read them fables, which they then discussed to analyse the meaning and how it tied into their work.

As part of their work looking at Islam, the children visited Dar Ul Isra mosque in Cathays. Two Scout leaders from 1st Cathays al Huda acted as guides during the day, along with a Beaver from 1st Cathays who also showed them around.

During the day the Beavers learned more about the religion, were shown the Quran and read out the Arabic.

Anna Cozens, Beaver leader for 25th Cardiff Scout group, said the initiative had been “extremely informative” and the children had “enjoyed learning about the different religions”.

She said: “It has been a fascinating and informative month exploring different religions.

“The children have worked exceptionally hard and learned a great deal which has only boosted their compassion and understanding towards different religions.

“They enjoyed learning about the pillars of Islam and seeing where some of their school friends go to pray, they also enjoyed meeting the reverend and learning more about Christianity and fables.

“The Faith Badge was a bit of a different one for us. Our Beavers are a very active group of children as you would expect, and most of our sessions involve a lot of physical games and activities.

“Despite this, they engaged exceptionally well with the quieter more reflective evenings, and we were impressed with the discussions they had about the lessons from the fable and how it fitted with their Beaver Promise.

“We feel it is so important to inform and educate them about different religious beliefs and allow them to see first hand the different aspects of those religions.

“They had lots to contribute to discussions in both the church and the mosque, and we felt very proud of them.”