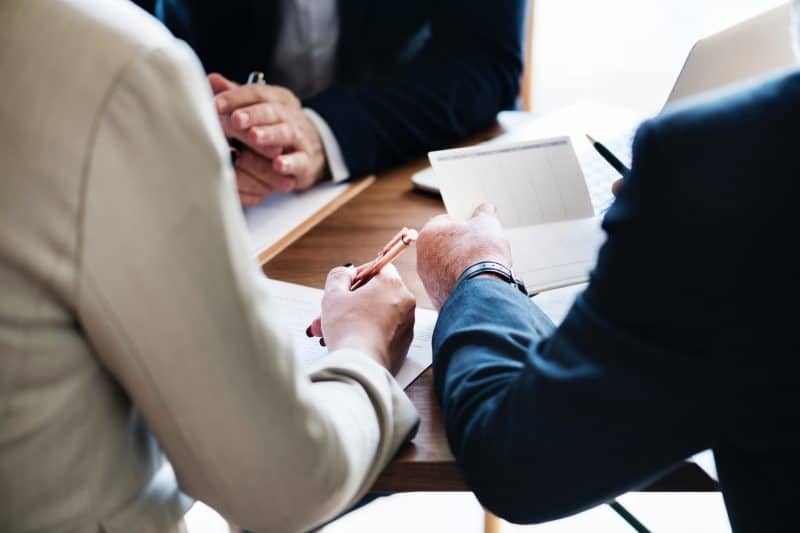 While the festive season brings joy and happiness for many who celebrate their new engagement, the first Monday of the New Year has become notorious for divorce enquiries and proceedings.

With many couples facing marital disillusionment by the New Year, the first working Monday in January is known for a spike in separation enquiries with January 7 dubbed Divorce Day by lawyers.

With over 100,000 divorce cases in 2017, according to recent figures from the Office of National Statistics, a legal expert offers crucial advice for the newly separated and recently engaged.

Sophie Hughes, head of the family law at award-winning firm Watkins & Gunn Solicitors, discusses why more couples seek a “life-changing” divorce in January and how newly engaged couples can prepare for the future.

Why is January so notorious for divorce enquiries?

In January, we see the number of divorce enquiries double. Most clients that I deal with will have been experiencing problems for a long time but will stay together over Christmas for the sake of their children and families.

Christmas is notorious for bringing problems to boiling point, with families forced to spend more time together in a confined space. While some people are only home for a few days, the home can easily feel like a pressure cooker for many, and feelings can be pushed to breaking point.

Alcohol and over-indulgence can become far less merry than expected, fueling arguments and inappropriate actions, with cracks in a relationship quickly exacerbated. With the new year presenting a fresh start, many people will look for ways to improve their lives and make a positive change. While some people do this by joining a gym or adapting a healthy lifestyle, other people do it by divorcing their significant other, identifying their relationship as a source of unhappiness.

What advice would you give to a couple contemplating divorce in January?

Don’t rush things based on a temporary emotion, make sure you’re calm and logical when considering separation and take some time to yourself to make sure this is really what you want and need.

If divorce is the route you choose, expert advice is crucial to reduce the stress of such a disruptive process. Divorce is a life-changing and heartbreaking event that needs to be carefully managed; not only for the individual, but also for any children.

Despite emotions running high, try to take a constructive approach to divorce proceedings as unnecessary acrimony can increase tension at an already difficult time, as well as increasing legal costs, making less money available for financial settlements. Consider a collaborative approach using specially trained lawyers to find a fair and honest solution to minimise the pain of family breakdowns and avoid the courts.

How can newly engaged couples prepare for the realities of marriage?

While it’s understandable that many couples enjoy the romantic whirlwind of a new engagement, it’s important to think about the realities of becoming a union, which is a legal process. With many couples celebrating saying “Yes” over the festive season, it’s a good time to start thinking about how they might want to protect themselves in the future.

Over the years, we’ve seen an increased popularity in pre-nups, and not only with more mature couples who have a fair share of assets to protect.

We are finding that more and more young couples are taking out pre-nuptial agreements before they get married to cover them if the worst happens. It might not be the most romantic thing in the world, but it’s a necessary precaution for many people entering a marriage.

Do you think couples today are more aware of pre-nuptial agreements?

Absolutely. With many people choosing to establish their careers and build foundations for a successful life, a lot of couples are marrying slightly later. Those who are entering their second marriage are also more aware of how they need to take steps to safeguard against legal complications further on down the line.

The concept has become more widely accepted due to the number of celebrity cases and has made the pre-nuptial agreement much more popular.  Though not absolutely binding in law at the moment in England and Wales they can certainly help protect one’s assets.

It’s not all doom and gloom, young love does last but taking that extra step ensures peace of mind for both parties and makes sure they are entering marriage for all the right reasons.

I know plenty of couples who are still happily married 30 years later, including myself, so while a pre-nup needs to be handled carefully and professionally by a family law expert, there’s no need to let this dampen your spirits.

Sophie Hughes is head of the family team at Watkins & Gunn Solicitors and the Chair of the South Wales Region of Resolution, an association of specialist family lawyers dedicated to resolving family disputes in a constructive way. Sophie is one of a select group of lawyers in Wales trained in Collaborative Law and has extensive experience in high value divorces, often involving an international element.

Watkins & Gunn has offices in Cardiff, Newport and Pontypool. For more advice from the family law team at Watkins & Gunn visit www.watkinsandgunn.co.uk or call 01495 768932